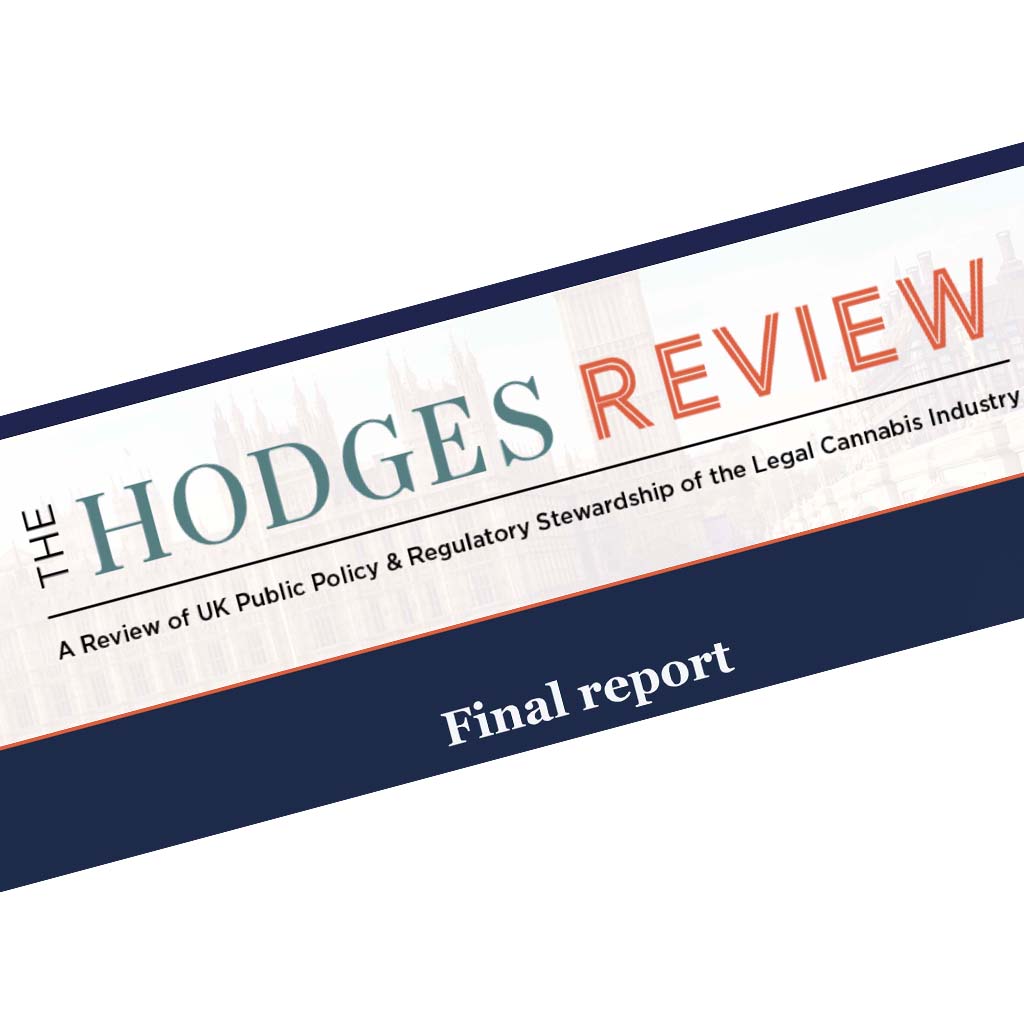 Out of the primordial soup of regulation which gloops around the nascent UK cannabis industry, hands are emerging brandishing proposals for how things could be managed better. While British crown dependencies are gradually developing their own individual regulatory systems in the Channel Islands and the Isle of Man, on the mainland UK a draft of a report under preparation by the all party parliamentary group (APPG) for CBD products was recently leaked to the press, and the final version is anticipated, and now a report researched by Professor Christopher Hodges of the University of Oxford’s faculty of law has been published.

Professor Hodges is the emeritus professor of justice systems for socio-legal studies at Oxford. Formerly a solicitor of the supreme court of England and Wales, and of Hong Kong, his current academic appointments include being a member of the advisory board of the research centre for the law and policy of global consumer protection at Wuhan University, China since 2013, sitting on the academic advisory panel of the Department of Trade and Industry on consumer law since 2001, and on the expert working group of the European Commission on directive 85/374 on product liability since 2004. He has lectured on advanced law and ethics on for an MSc course on pharmaceutical medicine at the University of Surrey. Professor Hodges is co-founder of the International Network for Delivery of Regulation, and was awarded the OBE in 2021 for services to business and law. So his experience encompasses the law, regulation, consumer protection and medical ethics, all of which have a bearing on balanced and effective regulation of the cannabis industry.

Professor Hodges was commissioned by two industry membership groups, the Centre for Medicinal Cannabis and the Association for the Cannabinoid Industry. A copy of The Hodges Review—a review of UK public policy and regulatory stewardship of the legal cannabis industry can be downloaded in full. The co-authors were Dr Parveen Bhatarah and Blair Gibbs.

The report deals only with the legal cannabis industry. It divides the “cannabinoid industry” into three sub-sectors: medicinal, consumer, and industrial hemp. In its 128 pages, it includes overviews of the current industry and the regulatory challenges it faces, draws on public opinion surveys of 1,500 individuals carried out by Stack Data Strategy in June, and makes 20 key recommendations plus three ‘quick wins’ These recommendations, says the report, “are open to discussion, because there may be many ways to address the same problem. We nonetheless hope that the principles we recommend, and the outcomes we highlight, are informative and also occasionally provocative.”

Professor Hodges, according to the report, has pioneered a regulatory philosophy known as outcome-based co-operative regulation (OBCR). It centres on “an ethical and trust-based regulatory schema”. In the context of a cannabis industry, this means that the regulations should be based on “trust and collaboration, not top-down enforcement and sanctions”. Such a system would require “industry-wide co-ordination, and a different, more permissive approach from government and regulators to trusted actors in the sector.”

The report notes that the industry at present “lacks some key elements of an OBCR approach—namely lack of legal clarity, clear rules, or ethical codes or vision statements, and there is poor data availability, poor feedback mechanisms and a lack of effective intervention mechanisms.”

OBCR activities noted as potentially able to bring the industry together include demonstrating that the sector is trustworthy, improving its evidence base and health outcomes for patients, fully exploring and exploiting the value of the cannabis plant, and setting a “world standard for regulatory and scientific best practice and innovation with a level playing field for producers”.

The three ‘quick wins’ identified are to set up a single online portal bringing together government advice from across the three sub-sector, establishing a “legal industry roundtable” which would give the legal sector a conduit to policy makers, and thirdly, publishing “more and better data” so that political debate can be informed.

The first of the 20 key recommendations is to establish “a single steward authority to govern…the sector at arms length from ministers”. Others include providing legal clarity about trace amounts of controlled cannabinoids in retail products, creating a centre of excellence to advance the evidence base for cannabinoids, rolling out a trial for GP prescribing of medicinal cannabis, updating hemp farming rules to permit extraction of controlled parts of the plant, and modernising the Proceeds of Crime Act in the way that Jersey has.

Elsewhere in the report, the example of the role of the Portman Group within the alcohol industry is examined as a potential model for the cannabis industry.

The report is trenchant in its criticism of the totality of the regulatory system as it stands:

“The regulations encompassing the cannabis sector are wide-ranging and complex, but right now the present rules are poorly calibrated to the risks associated with each product and stifling of economic opportunities. Our conclusion from this research was not that the UK’s legal cannabis sector is over-regulated, or merely suffering from outdated rules, or simply needs red tape and unwarranted regulations to be stripped back.”