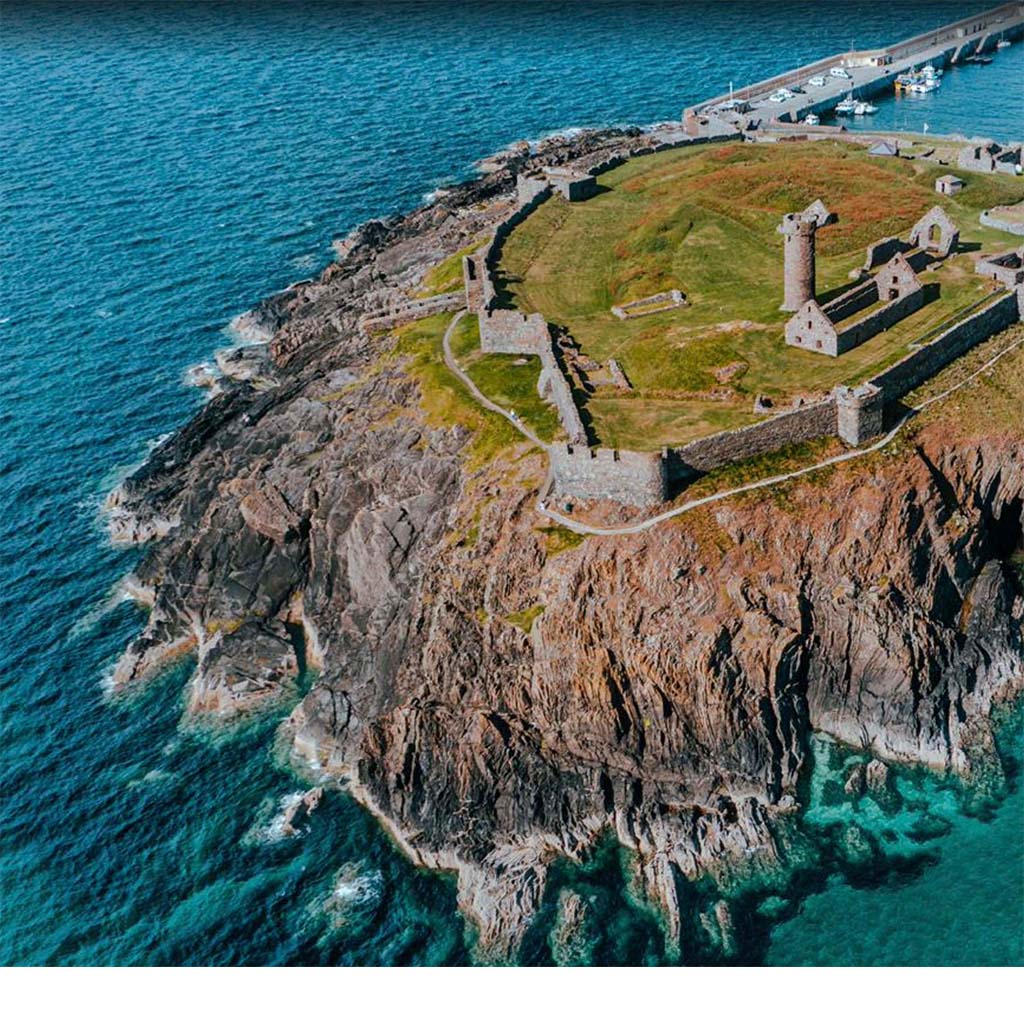 In the island race to get a large slice of the potentially lucrative medicinal cannabis sector, the Isle of Man has opened up the throttle. Like its fellow British crown dependencies in the Channel Islands, the Isle of Man has exploited its legislative nimbleness in comparison with the UK, and its expertise in some international sectors, to put in place a regulatory framework to enable the medical cannabis industry to develop on the island.

One year on, a proposal has been made to develop this industry at scale. A planning consultation has been launched by Peel NRE to develop a medicinal cannabis cultivation facility, a science innovation and research centre and a sustainable energy park to provide at least part of the development’s power requirements on land at Braddan, between the Isle of Man’s capital, Douglas, and the airport at Ronaldsway, Castletown. Peel NRE’s development focus is on energy and infrastructure, investing in low carbon energy and natural resources—renewables, district heating, water management and more. It is one of the Peel Group of businesses which invest and develop, particularly in the north of England. Peel NRE is part of Peel L&P whose flagship projects include Manchester’s Trafford Centre and MediaCity in Salford.

This isn’t a case of a vast, outsider company descending on a remote community. The founder and executive chairman of the Peel Group, John Whittaker, lives up the road on the Isle of Man, so there is an element of the ‘home grown’ about the project.

The proposal which has been put to Isle of Man residents for comment this week represents a £90 million to £180 million investment in the island economy, according to Peel. Phase one, which will be the subject of detailed plans when the initial application is made in the spring of this year, consists of two cultivation facilities, access road, engineering works and landscaping. Part of the application will be plans in principle for a later phase of development which would add more cultivation facilities, a science innovation and research centre and a sustainability park.

The developer has outlined its vision to Isle of Man residents in a virtual exhibition. It is proposing a facility which it hopes will bring in partner businesses and academic organisations, which will in turn create an industry creating a broad spectrum of new jobs on the island:

“The scheme will also position the island as a leader in research and development for a new and exciting commercial sector. The cultivation and exportation of medicinal cannabis-derived products will make the island a key player in the future of botanical medicine. It is our hope that throughout the construction phase and operational phase, world leaders in the field of botany and cannabis cultivation will be drawn to the island. The science innovation and research centre buildings will be located at the entrance to the facility and serve as a ‘gateway’ into the site. The buildings will provide the opportunity to develop a bespoke centre of excellence for academics, cultivators, researchers and medical experts by providing bespoke spaces to undertake on-site experiments, develop new medicines and treatments. If approved, the development would help to unlock learning and research partnerships with local, national and international education institutions and public bodies.”

The Isle of Man’s government, the Tynwald, passed regulations in January 2021 “to create a comprehensive framework to issue licences for the production, distribution and export of cannabis products from the island. Tynwald has approved changes to the Misuse of Drugs Regulations which will permit commercial operators to produce medical cannabis products,” according to its website.

The framework allows for licensing of products from outdoor-grown industrial hemp to indoor-grown medicinal cannabis, from research to transport and storage. The government decided to use one of its existing regulators, an independent statutory board established in 1962, the Gambling Supervision Commission (GSC), as the launch regulator for the cannabis sector. “The GSC is well suited to launch this new sector: its regulatory checks on the fitness of people, their funds and their competence are easily adapted to the medical cannabis sector; it already boasts a world-class system for assessing regulatory risk and conducting physical inspections for its licensees. The GSC has been given access to cannabis industry expertise as it has worked up its guidance material. It is also familiar with working with its counterparts in other countries, which will form an important part of the project’s success.”

The person responsible for preparing the new regulatory framework at the GSC, Mark Rutherford, commented, “The island has a track record as an early adopter of new sectors. Over the course of the past 20 years acting as the regulator for the island’s eGaming sector, the GSC has developed expertise in keeping the industry crime-free, protecting consumers and providing transparency, and this experience is complementary to the skills that will be required for this new and emerging sector.

“This is an exciting opportunity, and we have a sophisticated framework for supervising gambling which can be easily adapted to regulate the cultivation and processing of cannabis. We recognise there is huge potential for this new sector to create real positive economic benefit so we need to ensure we treat the new cannabis sector like we have treated the gambling sector: that licence stakeholders are competent, credible and crime-free from the outset.”

No licences are shown as having been granted as yet on the GSC website.

Before developing the regulations, the government undertook six-week public consultations ending in March 2019 on the medicinal use of cannabis and the licensing of industrial hemp production. There were 3,285 responses to the medcan one and 1,012 to the hemp. (The population of the Isle of Man is about 85,000.) In the former, there was 95% support among respondents for allowing the cultivation and processing of cannabis on the island, subject to suitable regulation, and in the latter, 97% supported the introduction of a regulatory framework within which industrial hemp production could be permitted.

The minister for health and social care at the time, David Ashford MHK, commented, “The response to this has been overwhelming. In fact, it’s amongst the highest number of responses we have ever had since the government set up the consultation hub more than two years ago.

“It’s clear that there is an appetite for a thoughtful approach to changes to regulation concerning both medicinal cannabis and cultivation of industrial hemp. The responses have been mature, considered and balanced and it is now up to me, the department and my political colleagues to consider our next steps.”

Three years later, bricks, mortar and solar panels are in the pipeline, subject to planning consent, underpinned by ambition in government and developers to create a new industry that will have a significant impact on the island’s economy.