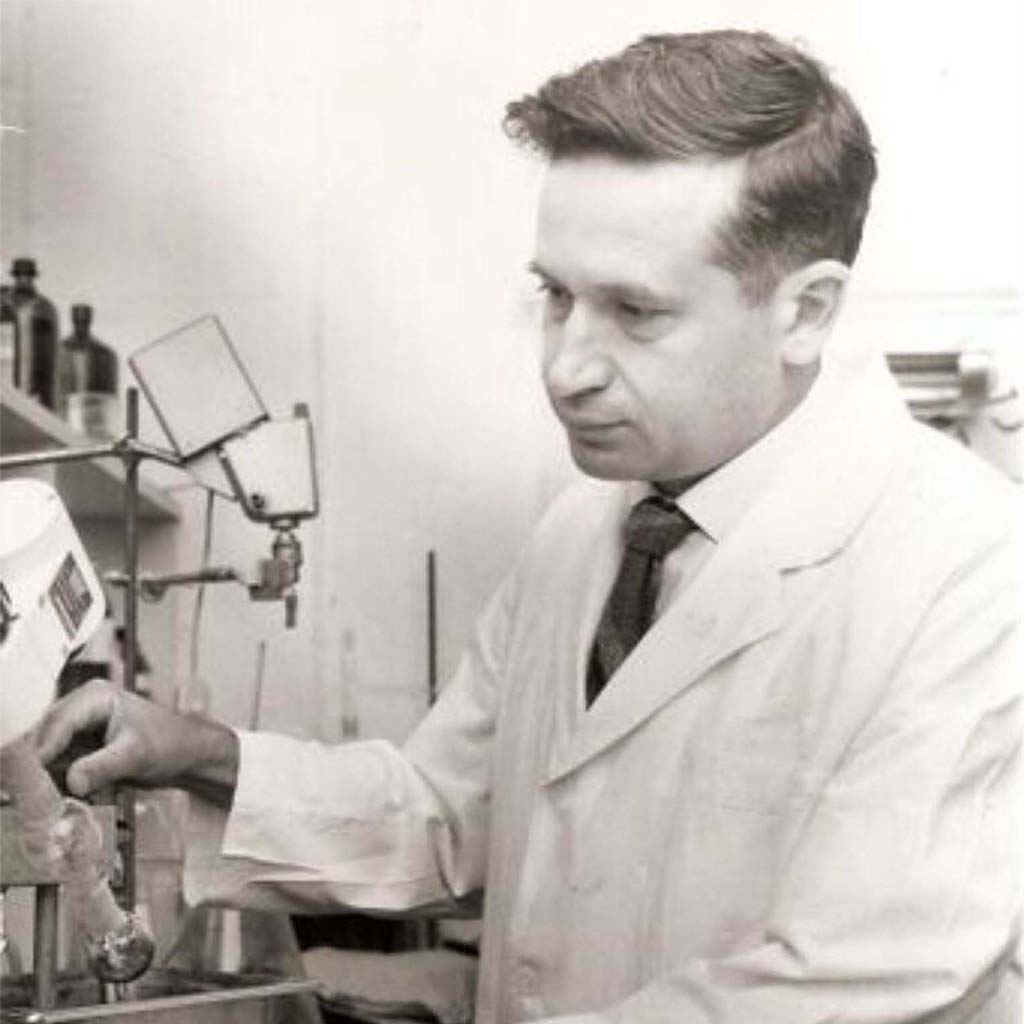 Fed-up with stagnation over novel food regs? Frustrated with the slow rate of NHS prescribing of medicinal cannabis? Feeling glum about governments alive only to the problems of illicit drugs and so missing the therapeutic possibilities of cannabis?

Don’t despair! Next year you can celebrate the diamond anniversary of a young scientist, a respectable academic institution and some police officers dodging the legal red tape tying up cannabis research simply because they did not know it was there.

Professor Raphael Mechoulam of the Institute for Drug Research at the Hebrew University in Jerusalem, Israel, has spent a lifetime studying cannabis, and leading international teams researching its possibilities—still an active researcher in his nineties. In the 1960s, with Yehiel Gaoni, he isolated for the first time the psychoactive constituent of hashish Δ9-THC. He established that CBD was not psychoactive. In the following decades, with Brazilian colleagues he showed that CBD is an anti-epileptic drug, and with Israeli and British colleagues he published research into its effects on auto-immune diseases. Professor Mechoulam coined the term ‘cannabinoid’ and over the decades many of them have been isolated, their structures elucidated, and compounds synthesised by teams he has led. In the 1990s his group discovered anandamide and 2-AG, and found that the newly-discovered endocannabinoid system is involved in a large number of biological reactions and clinical conditions.

It is upon these achievements that today’s burgeoning CBD and medicinal cannabis industries have been built, but things could so easily have gone differently.

Cannabis had been investigated in the nineteenth century. In the late 1930s to early 1940s CBD had been isolated and named cannabidiol by Roger Adams, Madison Hunt and JH Clark in the US. By the mid-1940s, however, legal obstacles and security requirements made it almost impossible for scientists in Europe and the US to work on cannabis.

In the early 1960s, however, as a newly-appointed junior scientist at the Weizmann Institute in Rehovot, Israel, Raphael Mechoulam was blissfully unaware of the legal obstacles, as he explains in an article ‘Close-Up: How to Pamper an Idea’ in The Analytical Chemistry of Cannabis by Brian F Thomas and Mahmoud A ElSohly (Elsevier 2016):

“I was supposed to work with the head of my department, but could also explore some ideas of my own. I was interested in the chemistry and biological effects of natural products. I looked for biologically active plants that had not been previously well investigated. To my great surprise, I noted that the chemistry and hence the various activities of Cannabis sativa, the hashish plant, were not well known.”

“I was not aware of the legal problems. neither were the administration of the Weizmann Institute and even the police!”

This persuaded him to explore further.

“I was not aware of the legal problems. And neither were the administration of the Weizmann Institute and even the police!

“In early 1963, through the administrative head of the Institute, I requested hashish for research from the police and was asked to come over to their store of confiscated smuggled material in Tel Aviv. There I drank a cup of coffee with the elderly person in charge, he told me how the police had caught hashish smugglers from the Lebanon, and I told him what we wanted to explore.

“I received 5kg of hashish in the form of ten ‘hashish soles’, signed a receipt and boarded a bus to the Weizmann Institute some 15 miles away. On the bus travellers commented on the pleasant smell of the ‘vegetables’ I was carrying.

“We had all actually broken the strict laws on illicit substances. The Ministry of Health was supposed to have approved the research, the police should not have given me such a dangerous substance and I was essentially a criminal. But at the Ministry some of the bureaucrats in charge were my ex-colleagues, and after I was severely scolded for breaking the laws, we drank together some more coffee, and I got a properly signed and stamped document.

“after I was severely scolded for breaking the laws, we drank together some more coffee”

“Living and doing research in a small country where people working in related areas generally know each other has at times its positive aspects.”

Although the Weizmann Institute initially enabled Professor Mechoulam’s research into cannabis, support faded after he and Gaoni isolated Δ9-THC:

“…the academic administration of the Weizmann Institute were not happy with our research. Why could not we work on more respectable scientific topics? With a heavy heart in 1966 I moved to the supposedly more conservative Hebrew University in Jerusalem, where, surprisingly, I had full support for our work and where we continued to pamper cannabinoid ideas for over 50 years.”