Serendipity and serum—why Voyager CBD has a new manufacturing division 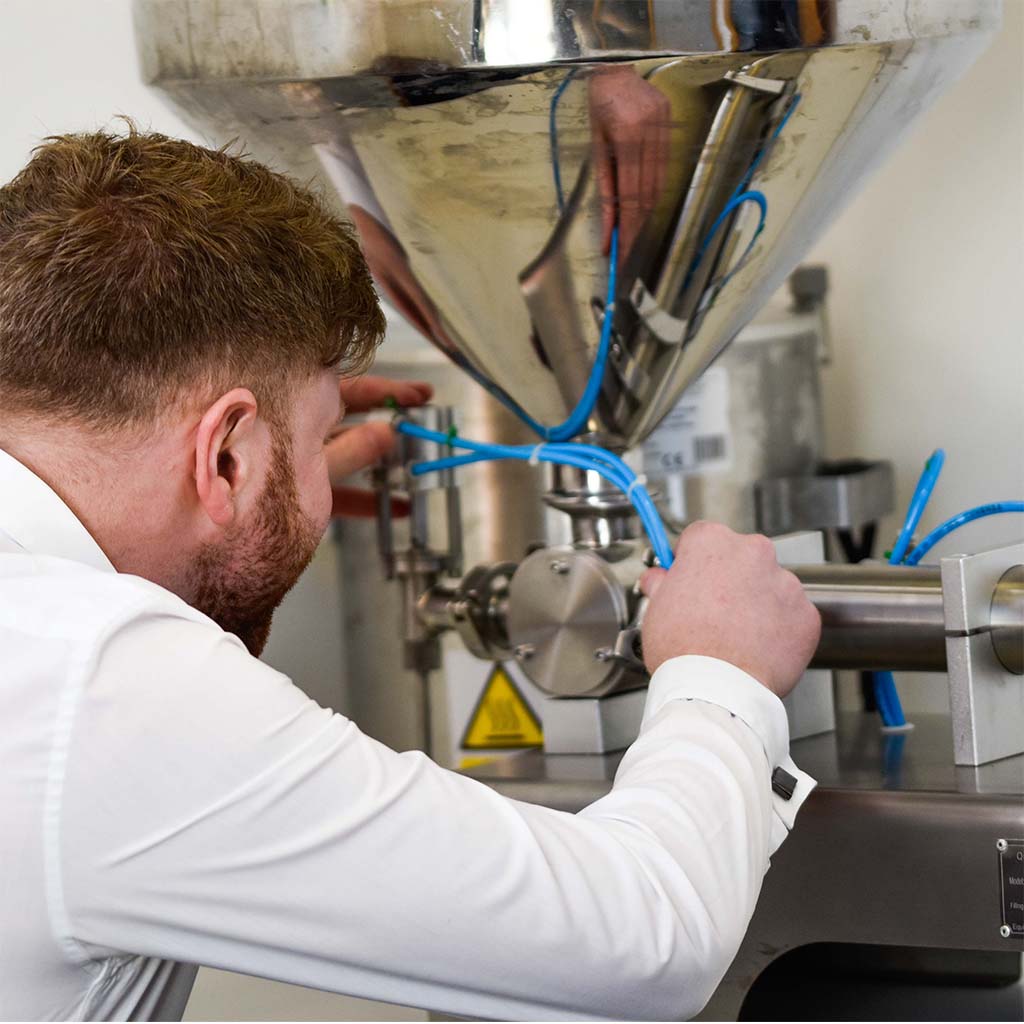 Seizing the ball and running for the line brought success to Scotland last Saturday in the Six Nations. Fellow Scots at Perth-based Voyager CBD appear to be using the same tactics, buying a neighbouring manufacturing CBD business from the liquidators in December, and within weeks relaunching it as a white-label division, voyagerCann, which will run alongside Voyager’s existing CBD products supply set up.

“The fact that the business was so close (literally across the road) and was one I knew well,” explain’s Voyager’s CEO and founder Nick Tulloch, “meant we could move fast, and also proceed with the limited due diligence that liquidators permit.”

The acquisition of Cannafull, and its relaunch as voyagerCann, takes Voyager into the B2B sector for the first time. Voyager describes the new enterprise as a “bespoke skincare product creation and development division [which] offers a full turnkey service to other CBD and cosmetics companies assisting them in developing and launching new products”.

Voyager, founded in Perth, Scotland in 2020, formulates and supplies CBD and hemp seed oil products, and hemp products, which it sells online and through its three shops (in St Andrew’s, Edinburgh and Dundee), and through third party stores. The new venture has come about following difficulties at Cannafull, a specialist manufacturer of CBD skincare and face serum products, when its parent company went into liquidation.

“I have known the team there for some years,” Mr Tulloch told CBD Business News, “and coincidentally, I helped them find the premises in Perth that they operated from. I have long been an admirer of their products and did briefly consider a combination of the two companies some time ago. However, the actual timing was more serendipity.

“We had a busy 2021 opening stores and launching new products, and we weren’t necessarily looking for a new strategy but, when I heard about Cannafull’s pending liquidation, I contacted the liquidator on the same day to note our interest. Formalities took a little while to conclude but we bought the business around three weeks later.”

Voyager’s practice has been to outsource manufacturing of its own branded products; will this approach continue, or will they now be made in-house?

“Until now Voyager has outsourced all manufacturing of our products,” says Mr Tulloch. “We do the formulations and branding but then contract with specialist manufacturers to actually make the products. We have no plans to change that for our existing product lines. In each case the manufacturers we work with have been carefully chosen and, in each case, we have been very pleased with the quality of our products so we aren’t intending to fix something that isn’t broken.

“Going forward, new Voyager products could still be made in the same way ie formulated/designed by us but manufactured by a third party. However, we also expect some of our new lines to be made in-house. When we bought Cannafull, we acquired all of the assets of the business, which did include some manufacturing equipment. We haven’t retained Cannafull’s premises but instead have merged the business with our own. We have sold off (and are still selling) a considerable amount of Cannafull’s surplus equipment, but we have retained a sufficient amount ourselves and also employed the lady who was previously head of formulations at Cannafull.

“So voyagerCann will be a manufacturer both of Voyager products and third party products. Potentially going forward we will supplement our manufacturing capacity with third party contracts, but formulations, design, regulatory compliance and overall quality control will remain in-house.”

The new division is in discussions with customers “on an order book that, if concluded, would have an aggregate value of over £50,000,” according to a company statement. Mr Tulloch says that this gross order book indicates that the purchase price of £9,000 for Cannafull was good value. The sale included the brands, their websites and social media platforms, all fixtures and fittings and remaining inventory. Voyager did not acquire the parent company or take on any liabilities as part of the acquisition.

The sorts of services which are being offered by voyagerCann include product formulation, white-label solutions, manufacturing services, product registration and regulatory compliance, labelling and packaging, and marketing and distribution. Customers will have the opportunity to stock their products in Voyager’s stores.

Among the assets acquired from Cannafull was its associated award-winning consumer brand, Ascend Skincare, which Voyager plans to relaunch in the coming months. Another existing link between the two businesses is that Ascend’s three CBD-based face serums were stocked in Voyager’s shops. One of Ascend’s serums, Caffeine + CBD Brightening Oil Serum, was the joint-winner of gold in the Free From Skincare Awards in 2021 in the face oils category. Another serum, Ascend Skincard Phyo-Retinol + CBD Night Serum Concentrate won the Natural Glow category in the Natural Health Beauty Awards 2021.