Is Sajid Javid the key to unlocking patients’ problems getting NHS-prescribed medical cannabis? 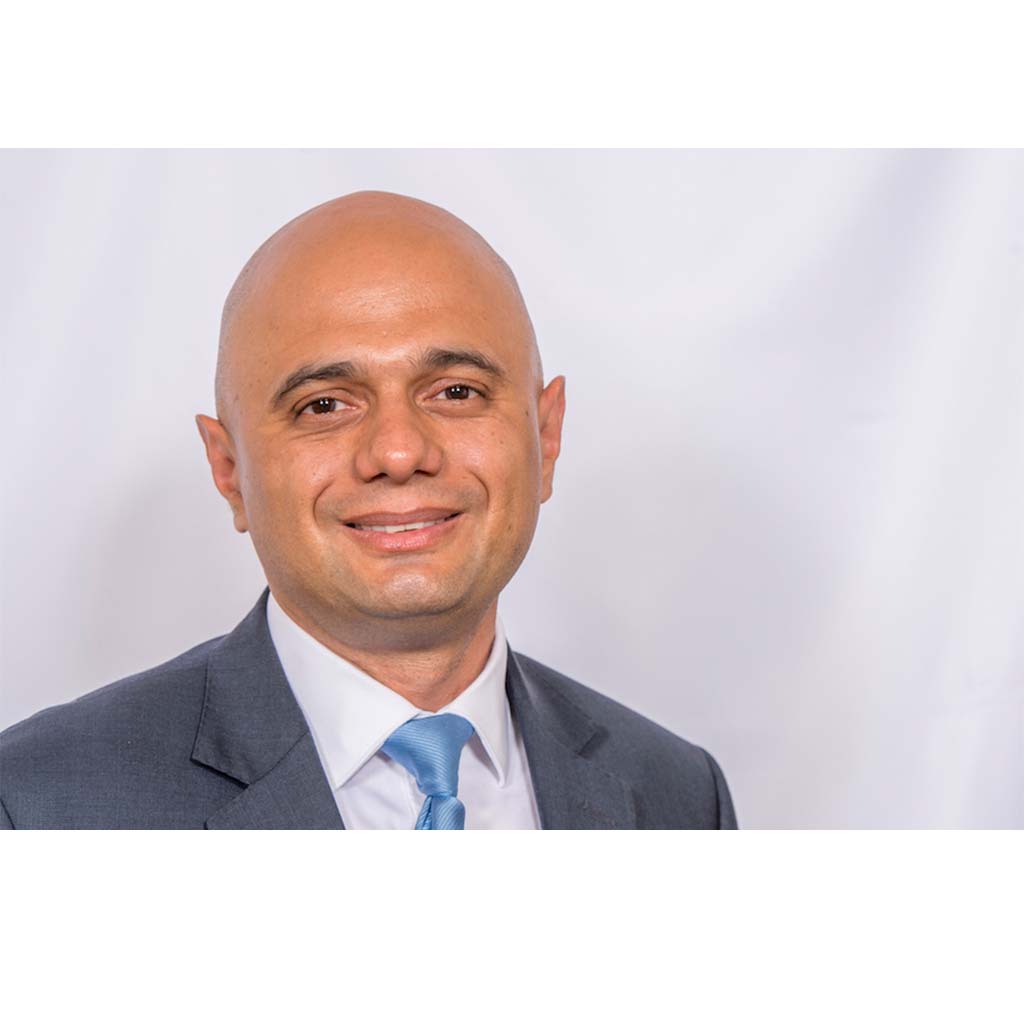 Sajid Javid’s return to the cabinet, and his new job leading the Department of Health and Social Care (DHSC), offers green shoots of hope to families campaigning for NHS-prescribed medicinal cannabis for their seriously ill children.

Those families have fought an impressive campaign over past years, keeping on in the face of disappointment, false hope, then years in the doldrums despite seeing a law passed allowing medicinal cannabis to be prescribed.

The names of Alfie Dingley and Billy Caldwell became known across the UK thanks to their mothers’ campaigns to get them medicinal cannabis to treat their epilepsy.

And it is Mr Javid’s intersection with those family actions which now offers hope for future action.

A comparison of the timeline of the Caldwells’ interactions with government departments, and Sajid Javid’s political career, appears to indicate that when he is in office, decisive action which the parents are calling for is taken.

When he was Home Secretary, the Home Office took action; and now that he is Secretary of State for Health and Social Care, once again things are on the move.

It all kicked off on Monday 11 June 2018. Billy, then aged 12, and his mother Charlotte flew back from Canada with privately prescribed medicinal cannabis to treat his epilepsy. (Without it, he would suffer around 100 seizures each day.) They landed in Heathrow en route to their home in Northern Ireland. Border officials seized the medicine, and it was locked in a safe in the Home Office. The Caldwells stayed on in London trying to resolve the matter, and after five days without medication, Billy was suffering back-to-back seizures.

Billy’s situation touched a chord nationally, and there was considerable media coverage of his plight.

At this point, Mr Javid was Home Secretary, and Theresa May the Prime Minister. She appears to have had considerable reservations about the potential for harm caused by cannabis. Nick Clegg was quoted in the press describing Mrs May’s reluctance to consider the possible benefits of medicinal cannabis during her time as Home Secretary. By contrast, the then Health Secretary, Jeremy Hunt, was open to considering them.

Despite the lack of enthusiasm from the PM, Mr Javid acted swiftly so that Billy could have his medicine back.

On Tuesday 19 June, Mr Javid made a statement to the House of Commons on the medical use of cannabis, saying, “Over the weekend, I issued an emergency licence to allow Billy Caldwell’s medical team to access cannabis-based medicine to treat life-threatening seizures caused by a severe form of epilepsy.

“This was an emergency procedure which was led by a senior clinician with the support of the medical director at Chelsea and Westminster Hospital. I am pleased to say Billy has now been discharged from hospital. It is now for his senior clinicians to develop a long-term care plan. I’m sure the whole House would like to join me in expressing my sympathy for Billy and his family who have been going through a very difficult time.

“The course of action in this case was unprecedented.

“There is strong scientific evidence that cannabis is a drug which can harm people’s mental and physical health, and damage communities. There are currently no legally recognised medicinal or therapeutic benefits.

“To date, under successive governments, Home Office policy has been to permit the production, supply and possession of raw cannabis solely for research purposes under a Home Office licence. The cannabis-based medicine Sativex can however be prescribed in the UK because there is a proven case for its safety and efficacy.

“However, cases like Billy’s, Alfie Dingley’s and others like it, have shown that we need to look more closely at the use of cannabis-based medicine in the healthcare sector in the UK.”

Alfie, like Billy, was to be granted a licence that day.

In the same statement, Mr Javid announced the launch of a review into the scheduling of cannabis for medicinal purposes, with the chief medical officer Professor Dame Sally Davies considering the evidence available for the medicinal and therapeutic benefits of cannabis-based medicines, and the Advisory Council on the Misuse of Drugs assessing what, if anything, should be rescheduled.

On Thursday 1 November 2018, the law changed to allow for medical cannabis to be prescribed. It was not, however, until November 2020 that the first NHS-funded medical cannabis was received under the 2018 law by anyone in the British Isles. According to campaigners, only a handful of such prescriptions have been written since. The campaigners were still vociferous, but they simply weren’t getting the outcome they so desperately wanted.

So where was Mr Javid? His tenure as Home Secretary ran from April 2018 to July 2019, when he became Chancellor of the Exchequer, a position he held until his resignation in February 2020, when he left the cabinet. In the meantime, Matt Hancock had been appointed as Secretary of State for Health and Social Care in July 2019.

A quick google of ‘Matt Hancock and medicinal cannabis’ brings up a series of links to disappointed parents desperate to get medicinal cannabis on the NHS (“Matt Hancock should hang his head in shame”), and videos of Mr Hancock lamenting the lack of progress despite his efforts to bring people to the table. There isn’t an impression of decisive action—but then, who knows what goes on behind closed doors?

On Friday 28 May this year, Billy and Charlotte Caldwell set off on a 1,000-mile sponsored walk from their home in County Tyrone, via Jersey, to the Department of Health and Social Care in London, to deliver documents about their ‘I am Billy Foundation’ campaign and a letter. It asked for a meeting with the then Health Secretary Matt Hancock and the National Institute for Health Research (NIHR). Their campaign called for the government to support the first NHS medical cannabis clinical study, and for the NIHR to fund the research.

“And so the Wizard [Billy] delivered his letters today and sadly didn’t get to meet Secretary of State due to covid government announcements etc.

“To be absolutely and totally honest his head went down a little and he looked sad.”

There had been some acknowledgement from Matt Hancock, as Ms Caldwell explains in the post: “And right there in the blink of an eye his little world was happy again – only a letter from the Right honourable Matt Hancock landed in my personal email – apologies for not meeting and will send a confirmation date through as soon as – HOGWARTS letter of acceptance! very interested in the Wizard’s solution – studies for NHS vulnerable chronically ill patients carried out from I am Billy non-profit clinic, first of its kind in the UK.”

Despite the optimism Matt Hancock’s email produced, there are no more announcements about this possible meeting until Tuesday 29 June—three days after Sajid Javid was appointed Secretary of State for Health and Social Care after Matt Hancock’s resignation.

The plan was for the Caldwells to meet with the DHSC’s permanent under secretary of state, Jo Churchill, and officials, and a couple of weeks later, agreement was reached that the DHSC and the NIHR would work with the I am Billy Foundation.

Conservative MP Heather Wheeler is a supporter of the proposed trials, and commented, “I wholeheartedly welcome the historical news DHSC has agreed NIHR will work with I am Billy Foundation, non-profit organisation, investing in real-world evidence studies to unlock the deadlock of our wonderful NHS prescribing cannabis-based medicine.

“I commend Billy and Charlotte for their determination to make this happen in particular groups of patients like Billy with refractory epilepsy who are already accessing cannabis-based medicine in the private sector.

“This non-profit, concrete proposal is deliverable and undoubtedly will not only gather much-needed data, but relieve the financial burden of these chronically ill patients.”

Maybe it’s just co-incidence that the meeting was made possible, and agreement was reached, once Sajid Javid was in office at the DHSC, but his understanding of the families’ anguish has been made clear from his first statement to the house, back in 2018:

“As a father, I know there is nothing worse than seeing your child suffer. You would do anything to take away their pain.

“That is why I have the utmost sympathy for Billy Caldwell, Alfie Dingley and others like them, and for their parents who have been under unimaginable stress and strain.

“I know that they are following a gut parental instinct to do whatever is in their power to try and alleviate their child’s suffering.

“And today I would like to say to this House that I will do everything in my power to make sure that we have a system that works so that these children and these parents get access to the best medical treatment.”

He’s back in power now. Things are moving. Let’s see what happens next.