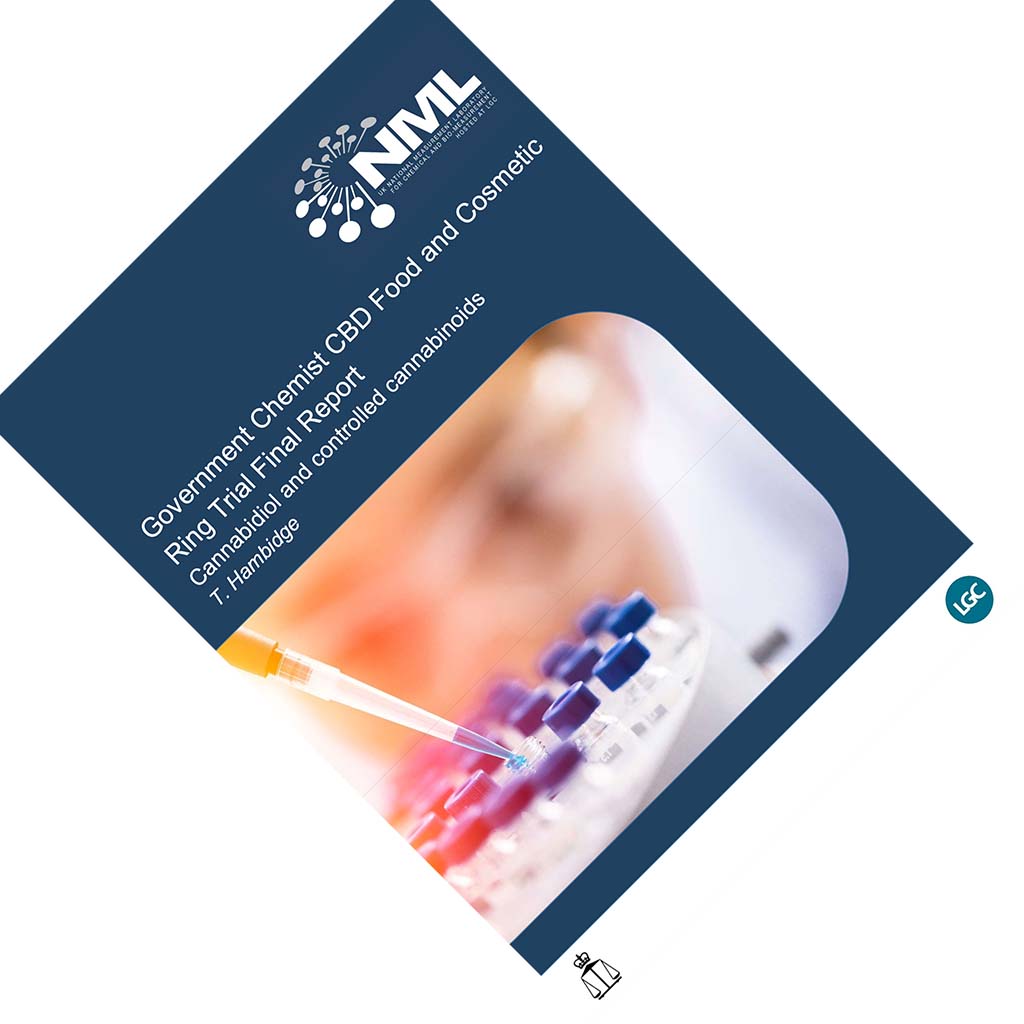 “Invaluable” is Government Chemist’s assessment of an international ring trial which measured CBD and controlled cannabinoids in commercial products. A key building-block for increasing consumer confidence in CBD products is reliable testing. The UK-led research project has brought this a step closer.

Thirty-two national and international laboratories returned data-sets for the ring trial. They tested the same three products, which were commercial samples sourced from a high street retailer in November 2020, and analysed for the presence of any CBD or controlled cannabinoid content.

One was a 5% CBD hemp oil, 30mL (food), found to contain high levels of controlled cannabinoids in initial testing. The other two were a 400mg CBD in MCT oil spray, 30 mL (food) and a CBD body wash, 100 mL (cosmetic), both of which had suitable levels of controlled cannabinoids for shipping. Following initial preparation, an 8mL bottle of each sample was sent to the participating laboratories.

“A range of technologies were used by testing laboratories to measure CBD and controlled cannabinoids,” states the Government Chemist’s report.” There was good split between using either mass spectrometry or spectroscopy techniques. Thirty laboratories reported results for the quantification of CBD in all three samples.

“Overall, there was good agreement with the majority of laboratories.”

The measurement of CBD was considered a success by the Government Chemist, with most of the institutes agreeing in their results. The concentrations found were similar to the stated concentrations on the products’ packs, which reflects well on the manufacturers concerned. “On average, 82% of laboratories reported satisfactory results for CBD.”

There was more variation on the measurements of controlled cannabinoids, with a wider spread of results.  The research indicated that one particular type of instrumentation is more sensitive than others. “This could be crucial in controlled cannabinoid analysis, as these analytes can be present at lower levels,” the report explained.

“The data includes instrument types and limits of detection which helped assess the capability of testing laboratories, and which will be invaluable information to determine the UK capability in analysing CBD products and controlled cannabinoids,” summarised the Government Chemist.

The research project was funded by the Department for Business, Energy & Industrial Strategy, the Food Standards Agency, the Home Office and the Office for Product Safety & Standards, and was carried out in collaboration with Food Standards Scotland and the Defence Science and Technology Laboratory.