Power to the Parish—will Jersey keep low-level class B and C drug offending out of the courts? 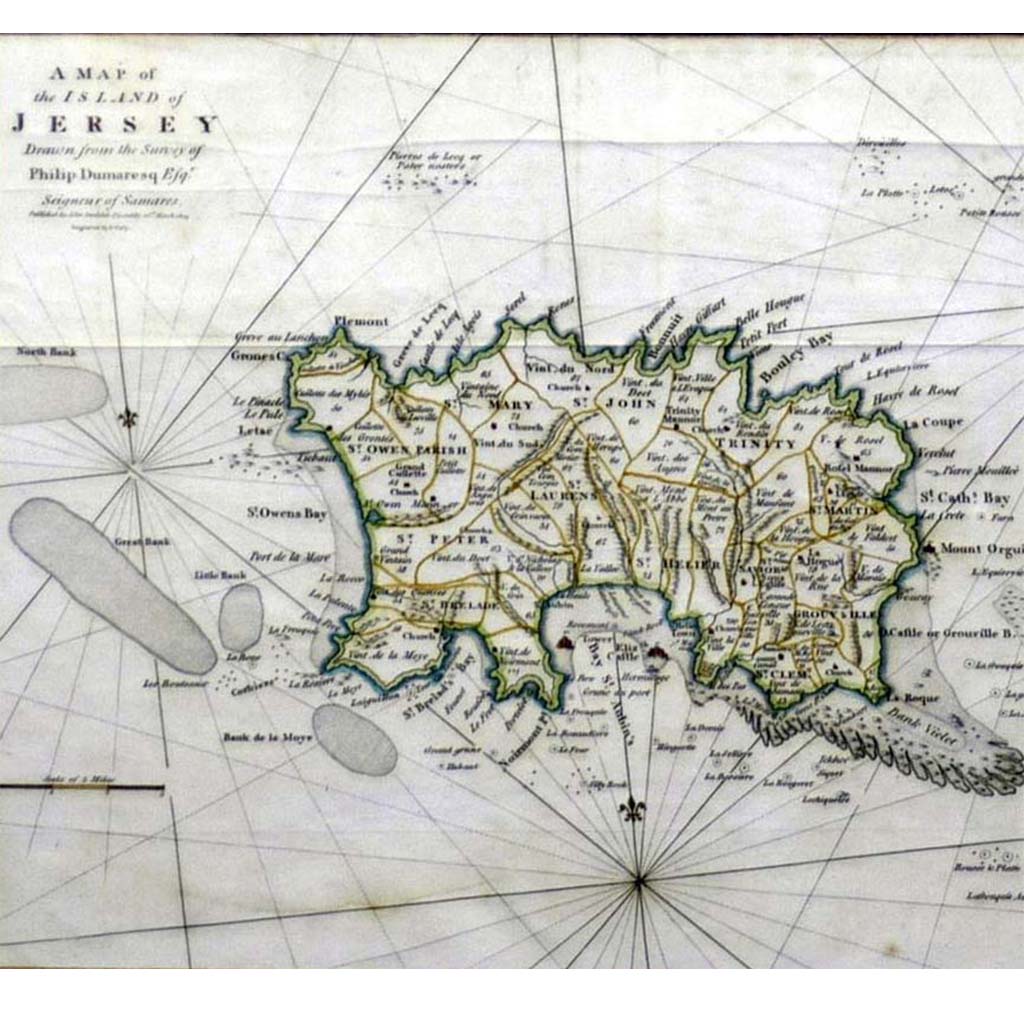 Cannabis campaigners in Jersey are waiting to see if the island’s government will go ahead with a long-planned change in approach to people found in possession of a small quantity of a class B or C drug.

If the draft Crime (Prejudice and Public Disorder) Law were passed in its last-seen form, cannabis would not be decriminalised, nor legalised, but on the whole, people found in possession of these drugs would not end up with a criminal record, even after repeat offences.

Simon Harrison, co-ordinator of campaign group End Cannabis Prohibition Jersey (ECPJ), regards it as “a simple form of de jure decriminalisation”. The group hopes that at the quarterly public hearing of the children, education and home affairs scrutiny panel on Friday 11 November, the minister for home affairs, Deputy Helen Miles, will announce progress.

“Fundamentally, the Crime Law’s amendment to the Misuse of Drugs Law removes the possibility of being referred to magistrate’s court for repeat possession of less than 15g of cannabis flower or resin, thus avoiding the potential of a criminal record.”

He describes this as “the logical continuation of the previous Attorney General Directives of 1998, 2015, 2019 and 2022 that introduced diversionary responses to first and second time possession offences to be dealt with via written cautions.” These allowed Jersey’s parish hall enquiries, led by a centenier (an honorary police officer), to issue a written caution for a first offence, and for a second offence too, if more than a year had elapsed since the first.

Low-level drug offenders are kept out of the magistrate’s court, and do not acquire a criminal record.

Parish hall enquiries have been run on Jersey for 800 years, in the 12 parishes. The government describes them as “a customary, informal alternative to formal court processing” and “a participatory forum, and there is much negotiation between all the parties about the circumstances of the alleged offence and the appropriate penalty”. They deal with youth offending and minor offences committed by adults.

Under current legislation, repeat offending of possession of class B or C drugs leads to the magistrate’s court, and the possibility of a criminal record. The proposed change to the law would allow centeniers to impose fines of up to £200 (to be increased periodically to allow for inflation) for persistent low-level offending. Specifically, Article 28 (2) would make a “consequential amendment” to the Misuse of Drugs (Jersey) Law 1978 “to address occasional repeat drug possession offences through the imposition of a similar fine of up to £200”.

It is by no means certain, however, that the law will be passed in its last-seen form. Time has passed since it was drafted, and there has been a change of government. A consultation on this law was launched in October 2019 and extended in December 2019. The responses were published in April 2021. Its primary focus was on ‘hate crimes’, public order offences and the fining powers of centeniers. The proposal to manage drug offences at parish hall enquiries was only one small part of the law—a part, however, which was described as “helpful” to both the States of Jersey Police and the Honorary Police in the consultation report, which noted that it “would avoid unnecessary court appearances”. The Comité des Chefs also approved the proposed change.

The law was close to its final form, when it was withdrawn. The matter was explained at a quarterly public hearing of the children, education and home affairs panel by the then minister for home affairs, Deputy G.C. Guida, in January 2022. The reason was nothing to do with the drug-offences part of the law—it was because the content relating to prejudice was deemed to be out of date. It was based on ten year old British law. Deputy Guida said, “We were pretty much ready to lodge it and then the Scottish came up with a much updated law that took much more account of the new landscape with social media. That was something that we did not have, that was not very well taken care of in our law. In seeing that, we saw how much our law would be outdated on entry which would have been really, really silly.”

There was a “low expectation that any future council of ministers might turn around and refuse to take it forward at all” the panel heard from the head of justice policy and strategic policy, Nathan Fox.

A new government was elected in June, and as yet the law has not been lodged. The largest party elected, Reform Jersey, had included decriminalisation of cannabis in its manifesto “as part of a wider harm reduction strategy as there is a growing body of evidence that criminalisation is counterproductive and more costly in the long run.”

Reform Jersey, however, does not hold a majority. Ten of the 49 elected members are from the party; of the others 36 are independents, two are Jersey Liberal Conservatives and one is a member of the Progress Party. There are seven non-elected office-holders.

There are signs from which cannabis campaigners might draw some hope. The new minister for home affairs, Deputy Miles, wrote a letter to the chair of the children, education and home affairs scrutiny panel on Monday 8 August, saying that her officers were “working on a number of other legislative projects which the panel will be briefed on during the term. This includes the draft Crime (Prejudice and Public Disorder) (Jersey) Law… Whilst it is not anticipated that these will be ready for lodging within the next six months, I anticipate the panel will wish to be briefed on them as they develop…”

The new government announced on Friday 26 August that its public health arm would be “taking the lead on future messaging around illegal drug use” and taking a “health-based approach”.

The director of public health, Professor Peter Bradley, said, “Substance use has changed and therefore our approach to it must change. We have seen in other jurisdictions that the ‘drugs are bad’ messages are not effective and that this new informed approach works. We are not condoning the use of illegal substances, what we would like to do is inform islanders and help people stay safe.

“There will always be people using drugs despite knowing the dangers. We want to educate islanders on practical elements that may make drug taking behaviours less harmful. Taking any substance is dangerous, so it is important that islanders are fully informed of how to stay safe, look out for others, and seek help if needed.”

On Tuesday 20 September Deputy Miles was asked a ‘question without notice’ at a meeting of the States Assembly by Reform Jersey’s leader, Deputy Sam Mézec. He wanted to know whether possession of cannabis would be dealt with at parish hall level, having understood that it had been looked into previously, and was “on the verge of being imminent that we would stop people, as part of harm reduction, from receiving publicly-known criminal convictions for simply smoking cannabis every now and then…”

Deputy Miles’ response was not a resounding ‘yes’:

“I have been clear in my nomination speech that any considerations about changes to the legality of cannabis must be considered within a broader strategic approach to drug and alcohol use.  I will therefore be including this as part of the revised ‘building a safer community’ strategy to ensure that we fully consider all the possible implications in terms of community safety and public health. My approach, which will always be supported by best evidence, will be one of harm reduction and it will not be punitive.

“The issue will be dealt with as part of the substance use strategy, so I cannot say that any changes will be imminent but they will be considered within the broader considerations of that strategy.”

With less than a month to go until the November panel meeting with Deputy Miles, Deputy Mézec is persisting in stating his view, commenting earlier this week: “Prosecuting people for smoking a few joints of cannabis to relax (just as so many of us enjoy a few alcohol drinks) is a waste of public resources, and has a harmful effect in ruining people’s future prospects for employment.”

For ECPJ, if the law is lodged in its present form, it will be a step in the right direction, but there are several other things which the group would like to see in place, as Mr Harrison explains:

“Ideally there wouldn’t be a fine. We hope that amendments will be brought to the law when it is brought for debate in the States Assembly in due course to refine things—either in the legislation itself or in the accompanying Attorney General Directive that will be published alongside the law.

“What is proposed is perhaps the bare minimum step that can be made towards decriminalisation and one that is palatable to politicians and hopefully the public alike. It is welcome nonetheless—albeit frustrating that it has been delayed so long.”