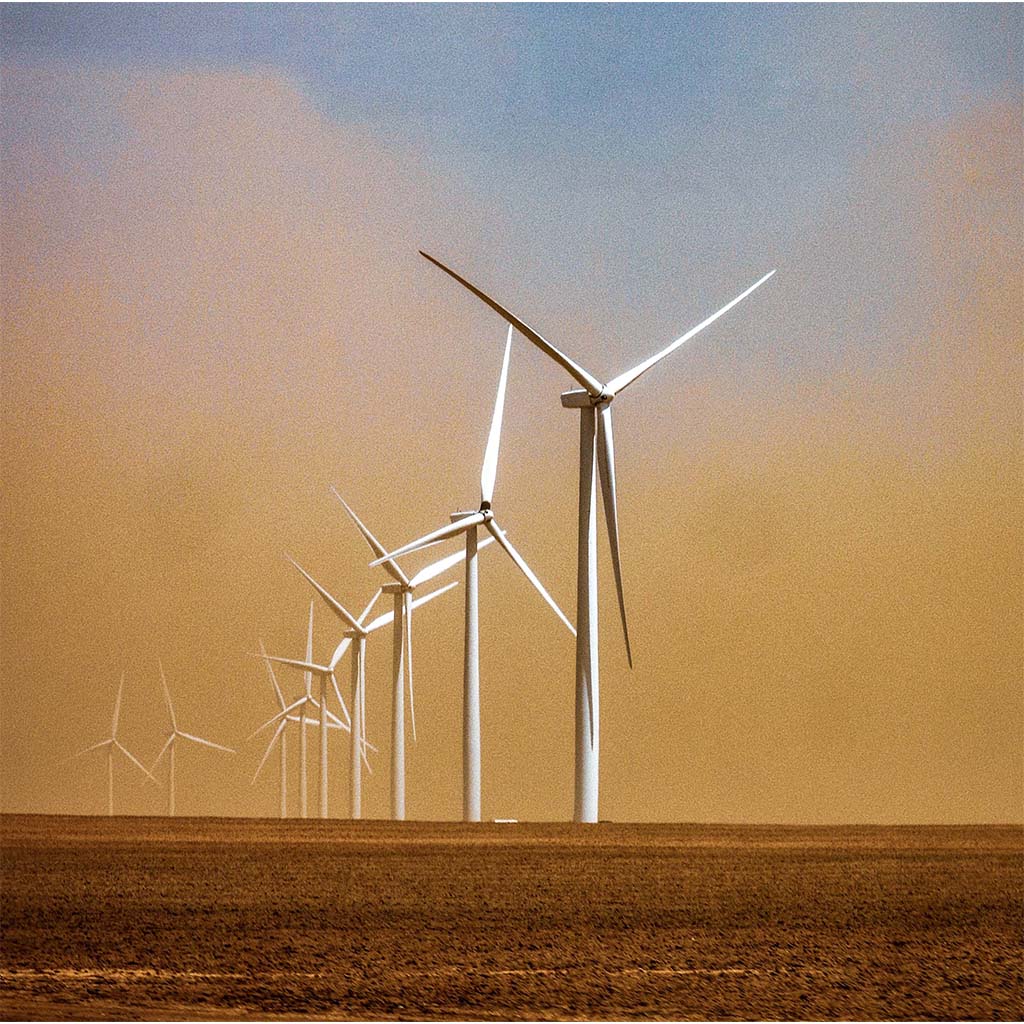 “Net zero will leave us warmer and richer,” the Rt Hon Chris Skidmore MP told the audience on Monday at the launch of the report he has written, commissioned by the government in September 2022, Independent Review of Net Zero. The launch was three days after publication, in recognition of the fact that its 339 pages would take time to absorb.

Commissioned during Liz Truss’s brief tenure as prime minister, the review was to examine the government’s approach to delivering its net zero target “to ensure we are delivering net zero in a way that is pro-business and pro-growth.” In June 2019, while he was energy and clean growth minister, Mr Skidmore signed into law a requirement on the UK to bring all greenhouse gas emissions to net zero by 2050, compared with the previous target of at least 80% reduction from 1990 levels. The UK was the first major economy in the world to pass such a law.

This brave new world of net zero could be built with conventional, environmentally-damaging materials, or it could be built using biodegradable, versatile, inexpensive natural fibres grown in the UK, such as hemp and wool.

Observers from the CBD/cannabis/hemp world would recognise that the thrust of the argument which Mr Skidmore makes is one which has been made on a smaller scale by the hemp industry—that there is everything to gain for a young, environmentally-beneficial industry from the creation of a properly framed and regulated business environment by government which gives investors the confidence to support enterprise, and gives researchers and entrepreneurs the sense that it is worth bringing their creativity and hard work to further the potential of the sector, creating solutions, wealth and jobs, and so benefitting the whole community. Also familiar is Mr Skidmore’s point that if in the UK we are not leaders, we will be followers.

Throughout his speech, and the following Q&A, Mr Skidmore made clear his view that net zero is crucial on two fronts—climate and the future of our economy. It is also a cross-party matter, and he has held discussions with Ed Milliband, Alan Whitehead and Kerry McCarthy of Labour, and Caroline Lucas of the Greens. His recommendation to the government is to set up an Office for Net Zero Delivery by spring 2023 “to ensure the cross-departmental priorities for net zero are properly managed”. The watch-words are “certainty, continuity, clarity and consistency”, and Mr Skidmore has coined a name for the project—Mission Zero.

Of particular interest to parts of the hemp industry will be objective 25: “by autumn 2023, create a road map which details decision points for developing and deploying R&D and technologies that are critical for enabling the net zero pathway to 2050.” The extraordinary versatility of hemp has become apparent thanks to research over the past decade or so. It offers alternatives to carbon-intensive concrete, for example, and to batteries made from toxic heavy metals including nickel, cadmium and mercury. Historically hemp underpinned the UK’s wealth, providing the raw material for the ropes and sails of international trade, and sacking, ropes and twine for agriculture. Another source of tremendous wealth for the UK in the past was wool which is now worth only about 36p per kilogram. Like hemp, wool offers present-day, natural-fibre solutions to environmental challenges. The New Scientist’s Fix the Planet January newsletter detailed some of the possibilities of wool fibres which can contribute to reaching net zero, including creating cavity wall insulation which absorbs air pollution, making reinforced concrete which is stronger and more insulating than conventional concrete, and making wind turbine blades.

Battery technology could be a crucial part of solving one of the shortcomings of renewable energy. While the British Isles froze in bitter temperatures before Christmas, wind turbines stood in frozen stillness too. No wind meant no electricity generated to help heat chilly humans. And so far, there’s no significant storage capacity to even out the impact on generating capacity subject to changeable weather conditions. Matt Waters, an energy networks civil engineer at engineering, managing and development consultancy Mott MacDonald, gives an overview of the situation in the UK:

“One challenge of the national grid is matching energy supply to demand, which fluctuates wildly. There is usually demand during the day, in cold weather and even at half-time during major televised sporting events!

“Wind power has an intermittent issue in that the wind is not guaranteed to blow and a reliable stream of energy cannot be achieved. Currently this issue is solved by using gas turbine power stations that can be switched on quickly to meet a spike in demand. Unfortunately these require the use of fossil fuels. Another potential solution is to utilise grid storage, where excess wind energy can be stored and released when wind speeds are low. Pumped storage is one possibility and there are several sites, with Dinorwig in north Wales being the largest.

“An emerging technology is using large batteries, and hemp could play a role here. The technology could be scaled up from electric vehicles to larger batteries for grid storage. This means the use of hemp could make wind power a more attractive proposition in the future.”

Research studies into using hemp in supercapacitors and batteries are available online, and show developing understanding of how the raw material can be adapted and used.

One study led by Professor David Mitlin found a hemp-based alternative to graphene for use in supercapacitors. The hemp product was far cheaper to produce than graphene itself, and out-performed it. The results were published in 2013 by the American Chemical Society in a peer-reviewed article written by Professor Mitlin, Huanlei Wang and others from the University of Alberta, Canada, the National Institute for Nanotechnology in Alberta, and Alberta Innovates-Technology Futures. It detailed research in which interconnected carbon nanosheets were made from hemp bast fibre and used in ultrafast supercapacitors. The researchers stated that the characteristics of the material created “favourably place the materials on a Ragone chart providing among the best power–energy characteristics (on an active mass normalized basis) ever reported for an electrochemical capacitor” and “the assembled supercapacitor device yields a maximum energy density of 12 Wh kg–1, which is higher than that of commercially available supercapacitors”.

Supercapacitors can accept and release charge much faster than batteries, and are used in applications where rapid charge and discharge is needed rather than long-term storage of energy.

The authors summarised, “By taking advantage of the complex multilayered structure of a hemp bast fibre precursor, such exquisite carbons were able to be achieved by simple hydrothermal carbonisation combined with activation. This novel precursor-synthesis route presents a great potential for facile large-scale production of high-performance carbons for a variety of diverse applications including energy storage.”

Professor Mitlin is quoted in an article on the website of the American Society of Mechanical Engineers (ASME): “Our work actually opens up a very cheap and mass-producible manufacturing method for graphene-quality material—something that has never been achieved before.” He continues, “Nanomaterials based on graphene and their hybrids have emerged as a new class of promising high-rate electrode candidates—they are, however, too expensive to manufacture compared to activated carbons derived from pyrolysis of agricultural wastes, or from the coking operations.”

Commenting on the research articles, Mr Waters notes, “One potential aspect to explore further is the hydrothermal synthesis process that allows the hemp to be used as a material in a battery. The ASME article mentioned heating at 180°C for 24 hours then heating to 800°C. It would be interesting to compare the carbon footprint of this process to that of extracting rare earth metals to manufacture batteries as is currently done. Nickel, a material used in existing batteries, usually requires a temperature of about 1,350°C to be extracted from its ore.

“This seems to suggest processing hemp is less energy intensive. One thing I couldn’t find in the article was the quantity of raw hemp that must be processed to produce 1kg of the material used in battery manufacture: if a large quantity must be heated, the overall energy requirement may actually be greater. This is something to take into account even if the battery produced is more efficient.”

Another study, published by Elsevier in 2019, compares the effectiveness of activated carbons (used to construct electrodes of supercapacitor cells) prepared from hemp hurd (the woody core of the stem, which is lignin-rich) and hemp bast (the fibres which form the outer part of the stem). The authors Wei Sun, Stephen M Lipka and others from the University of Kentucky concluded that hemp hurd is the better precursor. They used hydrothermal processing and chemical activation to prepare the raw material. They concluded, “The process reported in this study provides an economic and effective method to prepare electrochemically active materials of high-performance from biomass and biowastes. The usage of low cost biomass can further reduce the cost of the material syntheses and provide the possibility to economically produce activated carbon materials in a large quantity.”

In 2022, Bemp Research Corp claimed to have developed hemp-based batteries for electric vehicles,  which were cheaper, safer, better-performing and less environmentally-damaging than lithium-ion ones. The start-up was searching for investors to commercialise its B4C-hemp lithium sulphur (LiS) battery technology. According to Bemp’s founder, Son Nguyen, he researched and engineered the technology at the University of North Texas with mechanical engineer Sheldon Shi and, from the University of Wisconsin-Milwaukee, Deyang Qu. Mr Nguyen spoke to EnergyTech about the LiS/B4C-hemp batteries: “LiS/B4C-hemp is superior to Li-ion batteries in terms of gravimetric energy density, safety, and, most importantly, costs and environmental friendliness. Our chemistry uses lightweight and abundant materials such as sulphur, boron, and carbonised hemp – instead of heavy metals such as nickel and cobalt.

“Hemp was chosen as one of the core materials due to its durability, porosity, and low costs”

“Hemp was chosen as one of the core materials due to its durability, porosity, and low costs. LiS batteries have problems such as the cathode contracting/expanding during charging/discharging, and the cathode’s polysulphides shuttling to the anode and hurting the batteries’ performance. Researchers could solve these problems using expensive materials such as graphene, but graphene is impossible to mass-produce. Hemp is a better, lower-cost solution. Hemp’s durability can help the cathode withstand hundreds of cycles of contraction and expansion. Hemp’s porous structure can help ‘trap’ the polysulphides from shuttling to the anode.”

Mr Nguyen states that the LiS/B4C-hemp batteries “can be fully charged in 20 minutes and will still have double the gravimetric energy density of the best Li-ion batteries. At slower charge rates, the gravimetric energy density can be even higher. This means doubling or tripling the range per charge for electric vehicles.” He also says that they are more easily recycled as the only valuable metal in the chemistry is lithium.

Bemp plans to mass-produce batteries before 2026, with the first applications being for drones and heavy-duty vehicles.

Given the positive experiments in energy storage using hemp bast to make graphene for supercapacitors, and the development of hemp-based batteries suitable for EVs, there is potential for scaled-up hemp-batteries to provide the large-scale storage needed to mitigate the complications of the intermittent nature of renewable energy. Hemp could be a key component of Mission Zero.