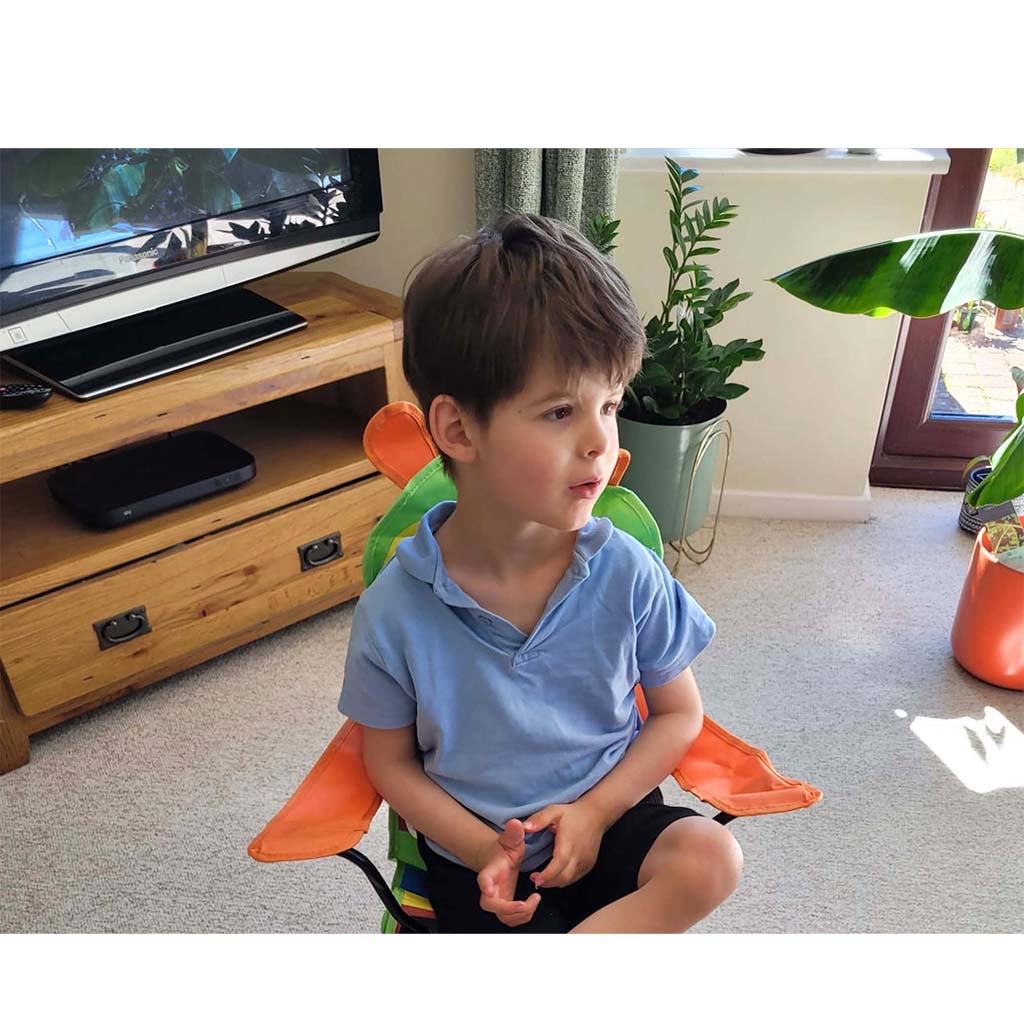 Parent advocates are an unmissable part of the medicinal cannabis world. Hannah Deacon’s campaign to get legal access to—and NHS prescriptions for—such medicines for her son, Alfie Dingley, in order to control his epileptic seizures struck a chord across the nation, and played a significant part in the change in the law in 2018. Matt Hughes’ videos of his son, Charlie (pictured above), shared on social media, capture the joy of the everyday experiences of childhood, such as going to school—experiences which would have been out of reach had he still been having over 100 daily seizures. Both Alfie and Charlie take medicinal cannabis, and since starting on the medication, both have seen dramatic reductions in the number of seizures they have. Last April, Alfie and his family celebrated the milestone that he had been two years seizure-free.

Both Matt and Hannah had felt profoundly isolated as they searched for information about medicines which could help their desperately ill children. Matt explains how they first made contact with each other: “Hannah and I met through me reaching out to her in support in 2018 for my own son, Charlie, who is also epileptic. The NHS couldn’t do any more for him. Through my own research, I stumbled across cannabis being an option.

“I had seen Hannah talk about cannabis and the success Alfie had. After a few conversations, Hannah asked if I’d be willing to join her in campaigning. In March 2020 we began a legal challenge against NICE which led to the clarification to prescribing. At that time, we had many families contacting us both: it felt a gap needed filling, and Medcan Support was created.”

Medcan was set up as a a non-profit organisation offering education about botanical medicines and the endocannabinoid system, alongside support for patients and families, particularly those with children with refractory epilepsy.

The duo became a trio with the involvement of Dr Callie Seaman PhD who has epilepsy, finds benefits from taking medicinal cannabis, and is biomedical scientist.

“Callie first met Hannah at a Drug Science conference,” recalls Matt, “and I was introduced to Callie through a mutual friend. When we formed Medcan Support, both Hannah and I were in conversations with Callie. She brought so much knowledge and experience, and was very keen to help—we were very pleased she wanted to be involved.”

Callie became a director of Medcan alongside Hannah and Matt, and its scientific lead. She recalls that her biomedical education about cannabis in her first degree extended no further than learning how to identify it in the bloodstream. Despite that rather limited introduction, Callie says she has been passionate about the medicinal properties of cannabis for the past 20 years.

At present, Medcan is run entirely by volunteers. Now a crowd-funding campaign has been launched to raise money to allow a first member of staff to be employed, representing a significant step for the organisation. The aim is to raise £15,000 by Monday 30 January. So far, £6,700 (44% of the total) has been given by 203 donors, with 39 days left to run.

Matt explains the timing of this fundraising initiative: “We run Medcan voluntarily between our other jobs and family commitments caring for our own children. Due to continued growth, and families seeking support outside of just epilepsy, it’s a struggle to fit everything in. It will allow more time to organise the running of events, increase our advocacy work, work with other condition charities, and everything else in-between—running social content etc.

“We’ll all be very much involved and will have an input, but having someone will help remove some admin, or help out significantly when time is taken up with other priorities.”

Having a member of staff will help Medcan achieve some of its ambitions for the coming year, as Matt outlines: “We are in the process of converting to a charity [from a not-for-profit community interest company incorporated in May 2021] and our priority is to continue raising funds to support families. We’d also like to increase our educational content and events: 80% of the UK are unaware cannabis is legal to be prescribed. A large part of any patient group is advocacy.

“We are about to launch our new research study in collaboration with Drug Science and Alta Flora, but there is much more we want to be able to do in this area. We are also involved in supporting clinical trials which we hope will lead to NHS access in the future.

“Another area of real support needed is mental health awareness and support for parents and siblings—something not very well catered for or spoken about.”

Medcan’s website carries the stories of families who have experienced the grief and trauma of learning their child has severe treatment resistant epilepsy, who have had to cope with their child’s multiple daily seizures, and who have had to face all the changes to ordinary family life which that entails. They talk about the difference medicinal cannabis has made to their children, and the difficulties they have had accessing that medication—from battling the stigma of cannabis, through trying to convince medical staff who are not aware of its potential as a healing medicine, to the overwhelming financial burden of paying for private prescriptions.

Asked to sum up what he considers the core achievements of Medcan so far, Matt says, “We have supported so many families, whether about issues with access, education or general questions, to allow them to make the most informed choice when looking at cannabis/CBD as an option.

“We have held many educational webinars covering many topics with clinicians and academics involved from all over the world. We held the first UK cannabis patient conference in collaboration with Drug Science which was a great success. We also gathered data from families, again in collaboration with Drug Science, which indicated a 96% likelihood of successful treatment response using whole-plant cannabis medicines, defined by a significant reduction in seizure frequency in patients with similar aetiologies.

“The most important achievement is building a community—somewhere safe where families who otherwise have felt very lonely have somewhere they can talk or private message without fear of judgement.

“There is such a need in this area of medicine and support generally for families with chronically ill children.

“This Christmas we have allocated £5,000 towards £100 Christmas grants, which is a small gesture to helping families, especially at a time of financial struggle for so many.”