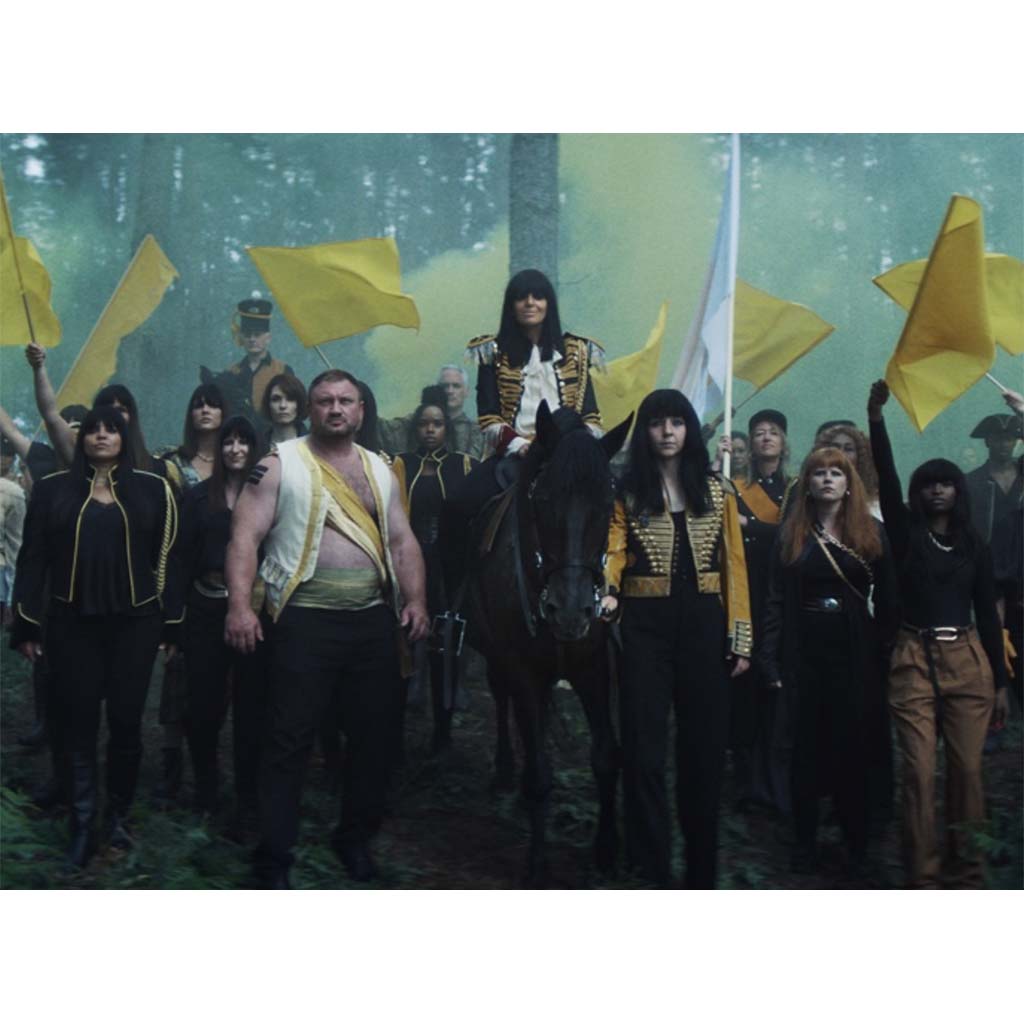 A television advert featuring Claudia Winkleman screened on Channel 4 is the latest step in Cannaray’s ‘CBD revolution’ campaign. Since July, Ms Winkleman has graced billboards and buses, and talked about Cannaray CBD on social media, acting as brand ambassador.

According to an announcement from the company, “The TV push is part of a wider campaign to normalise CBD as a major new FMCG [fast moving consumer goods] category and to recruit millions of new customers.” Cannaray claims that this is the first such brand campaign for a UK CBD company, and will target “CBD considerers”.

The storyline in the advert is that Ms Winkleman’s response to Cannaray’s invitation to her to lead the CBD revolution was to imagine herself marching through a forest, shouting “CBD for the people”; it turns out, however, that the intention is just to get people to try Cannaray products for the first time. Following on from the billboard and social media images of Ms Winkleman riding on a horse while carrying a bottle of CBD drops, the advert shows her riding through woodland with a crowd of people waving yellow flags—Cannaray’s brand colour.

The company hasn’t disclosed at what time the advert will be shown, nor for how long the campaign will last, but its launch coincides with the start of the Strictly Come Dancing season, during which Ms Winkleman will be appearing each week on prime-time television on BBC One. As well as its presence on Channel 4, the advert will be seen on video on demand services.

Ms Winkleman has recounted how she started using CBD products, and why she finds them helpful.

Tim Clarke, the chief marketing officer at Cannaray, comments, “Every revolution needs a leader, and Cannaray is stepping up to lead the UK’s CBD revolution and help millions of new people to try CBD for the first time. The category potential is clear—CBD sales exceed $10bn in the US—but UK growth isn’t guaranteed. It needs trusted brands and high impact advertising—and we’re excited to be leading the charge with Cannaray and Claudia Winkleman.”

Founded in 2019, Cannaray sells a range of oils, capsules, creams and balms. As well as being sold online, the brand is available from Tesco superstores and ‘extras’ across the UK, from independent retailers and over 500 golf clubs, according to the company’s website.