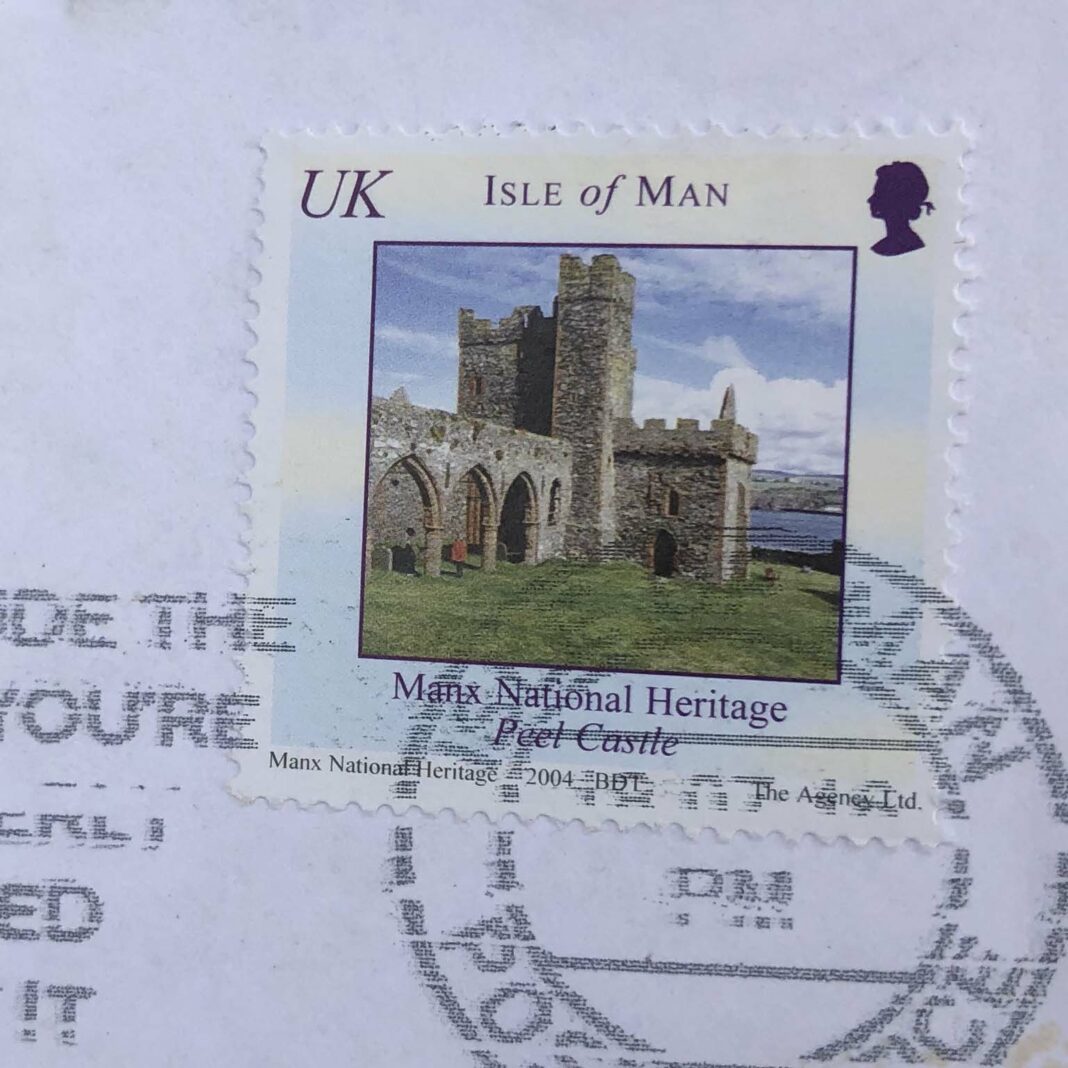 Two public consultations conducted three years apart have shown a 95% support rate among respondents living on the Isle of Man to the proposal that cannabis should be cultivated on the island for medicinal purposes. Behind that clear figure is a complex grouping of factors which have made that level of support possible. How has it come about, and should mainland UK businesses and the government take note of the message from the Isle of Man as they develop regulations and structures to allow a medicinal cannabis industry to grow in the UK?

The earlier survey, part of a six-week consultation held in February and March 2019, was carried out by the island’s government, the Tynwald . Both medicinal cannabis and industrial hemp production were explored, discussed and public opinion was sought. The medicinal cannabis consultation received the highest number of responses for any survey carried out on the government’s consultation hub by that point, at 3,285 replies from individuals (99%) and local organisations, out of a population of some 85,000. Specifically, the 95% were in favour of cannabis for medicinal use being cultivated and processed on the island, subject to suitable regulation.

The latest results are from development company Peel NRE ’s public consultation carried out in February and March this year on its proposal to build pharmaceutical-grade facilities for medicinal cannabis cultivation, processing and product manufacture, a science innovation and research centre, and a sustainable energy park to provide at least part of the development’s power requirements on land at Braddan, between the Isle of Man’s capital, Douglas, and the airport at Ronaldsway, Castletown. It represents a £90 million to £180 million investment in the island economy, according to Peel.

The number of respondents to the Peel survey were fewer, at 400, but the percentage support was almost exactly the same at 94.8%. This was in response to one of the questions in the consultation which asked simply, “Do you support the cultivation of cannabis for medicinal purposes?” (366—yes, 12—no, 8—don’t know, totalling 386 responses)

The more complex question, “Do you support the development of a science innovation and research centre, a sustainable energy park and a medicinal cannabis cultivation facility on land at Cooil Road, Braddan?” received lower support at 88.9%, (344—yes, 33—no, 10—don’t know, totalling 387 responses). In the comments section of the consultation, 30 respondents objected to the location of the site, so this may account for the 6% lower support for the development than for cannabis cultivation.

Peel NRE is one of the Peel Group of businesses which invest and develop, particularly in the north of England. Peel NRE is part of Peel L&P whose flagship projects include Manchester’s Trafford Centre and MediaCity in Salford.

CBD Business News asked Peel whether this high level of approval of the development is above average for Peel projects. Charlotte Leach, Peel L&P’s associate director stakeholder engagement, who heads up the team which leads on political stakeholder and community engagement across the business, responded, and drew on her experience of other Peel projects in different areas to unpack why this Isle of Man response has been so positive:

“It’s not typical,” Ms Leach explains. “It’s by far the most positive consultation we’ve undertaken. That’s partly because it is medicinal cannabis, partly because of the positive [Isle of Man] government policy, and also the way we tried to consult.”

That sort of political will is evidenced in the Isle of Man’s approach to medicinal cannabis.

The ground for developing such an industry has been prepared by its government, the Tynwald. Following the change in the law in the UK in November 2018 which allowed medicinal cannabis to be prescribed by the NHS, the Isle of Man’s department of health and social care (DHSC) consulted residents, and invited them to supply detailed answers which dug deep into the options for regulation.

A DHSC statement in 2019 said, “In the Isle of Man, we have the opportunity to consider whether we want our approach to medicinal cannabis to remain in line with the UK, or whether we take an alternative approach”.

Respondents were asked to consider, and choose between, regulatory models from different jurisdictions—the UK, Australia and the Netherlands, and an approach whereby medicinal cannabis could be offered direct to the public through accredited dispensaries.

There was scope for respondents to suggest approaches used in other jurisdictions. Those put forward by members of the public were Spain, Uruguay, Portugal, Jamaica and Canada, as well as Nevada, California and non-state specific US.

A total of 295 responses included further written comments in support of some form of medicinal cannabis framework; these covered the type of regulation, examples of other jurisdictions, further comment on one of offered frameworks, perceived medical benefits and community impact.

Two years on, in January 2021, the Tynwald passed regulations “to create a comprehensive framework to issue licences for the production, distribution and export of cannabis products from the island. Tynwald has approved changes to the Misuse of Drugs Regulations which will permit commercial operators to produce medical cannabis products,” according to its website. The framework allows for licensing of products from outdoor-grown industrial hemp to indoor-grown medicinal cannabis, from research to transport and storage. The government decided to use one of its existing regulators, the  Gambling Supervision Commission (GSC), as the launch regulator for the cannabis sector.

“It’s by far the most positive consultation we’ve undertaken.”

Another year on, in February 2022 Peel NRE launched its consultation on its planning proposal, which received resounding support from respondents. The groundwork carried out by the government regarding a medicinal cannabis industry may well be a factor in the welcome given to the specific planning proposal, as Ms Leach outlines:

“We were really encouraged by the number of positive responses we received during our public consultation. In my experience, there are two main factors why this project has gained so much public support. Firstly, it is clear that on the Isle of Man there was already a significant level of support for the cultivation of medicinal cannabis. The Isle of Man government’s very public and forward-looking desire to create this sector and attract inward investment has undoubtedly helped encourage public support too.”

The other factor is engagement and interaction with the public about the specifics of the development:

“Secondly it demonstrates the importance of carrying out a really robust and extensive public consultation. Our approach to public consultation is to go above and beyond the minimum requirements to ensure we carry out meaningful dialogue with the local community. We utilise a range of online and offline methods and reach out to a wide range of demographics to encourage a variety of feedback, and we never use a one size fits all approach.”

In part because of the pandemic, Peel produced an online exhibition about the project, with a consultation response form at the end. Letters were sent to key stakeholders (government, Chamber of Commerce and University College), leaflets were distributed to 3,739 homes and businesses, social media adverts were deployed, a phone line and consultation email address were publicised, local and industry media were approached, and two webinars were held at which questions could be put to the technical team.

Ms Leach says firmly, “It was not a ‘tick box’ consultation exercise.”

An analysis of the consultation has been submitted as part of Peel’s planning application for the project. It throws up some points which the wider medicinal cannabis industry and government might well ponder:

“46 respondents (11.5%), while supporting the development in principle, made it clear during the consultation that they had reservations about supporting Peel NRE’s proposals while medicinal cannabis remains illegal on the Isle of Man.

“A prominent theme among this cohort was that Manx residents had recently voted in favour of legalising medicinal cannabis during the public consultation on the topic yet would be unable to utilise it for health benefits should Peel NRE’s application be approved. Several of these respondents referred to recent or current illnesses within their families, for which medicinal cannabis represented a desirable palliative. “

(A pharmacy has since been licensed to import and dispense medicinal cannabis products to residents with private prescriptions, a service which should be in place before the end of the summer. Medicinal cannabis is not yet available on the Manx NHS, and there are no GPs on the island who can prescribe it.)

The analysis also noted that some members of the public were willing to take action in support of the project:

“Many also indicated their willingness to be contacted by Peel NRE at a later stage of development, should the application require the mobilisation of residents to make the case for its benefits to the island.”

The elements of political stability, political will, consulting with the wider community, seeking public engagement with the process of creating a workable regulatory system, and demonstrating the potential economic benefits to the community have come together to prepare the ground for a medicinal cannabis industry. Peel NRE has continued that process of consultation and come up with a project which has attracted a high level of public support from respondents.

What has worked on a small island with a small, stable community can’t be directly translated to the mainland UK. Peel’s experience of varied public responses to its different sorts of developments in different regions exemplifies the complexity on the mainland, as Ms Leach outlines:

“It is fair to say that this is our most positive consultation to date, although it is difficult to compare it to our other schemes on the mainland. There are so many other variable factors at play including land designation, the local geography, type of scheme (housing, employment, renewable energy etc) and the local political landscape. Against this background, whilst we cannot directly compare, we can learn from this consultation and indeed we are always looking to improve how we engage local communities.”

Certainly the cohesive political will to create a medicinal cannabis industry which is in evidence on the Isle of Man is not replicated on the mainland. While in some corners of government there is clear support, in others there is direct opposition as evidenced in  parliamentary debates. With changes of minister come changes of attitude.

What is clear from the Isle of Man is that where politicians and a community have made a medicinal cannabis industry legal and welcome, a developer on the scale of Peel, with its track record of pulling off significant projects, is willing to invest.