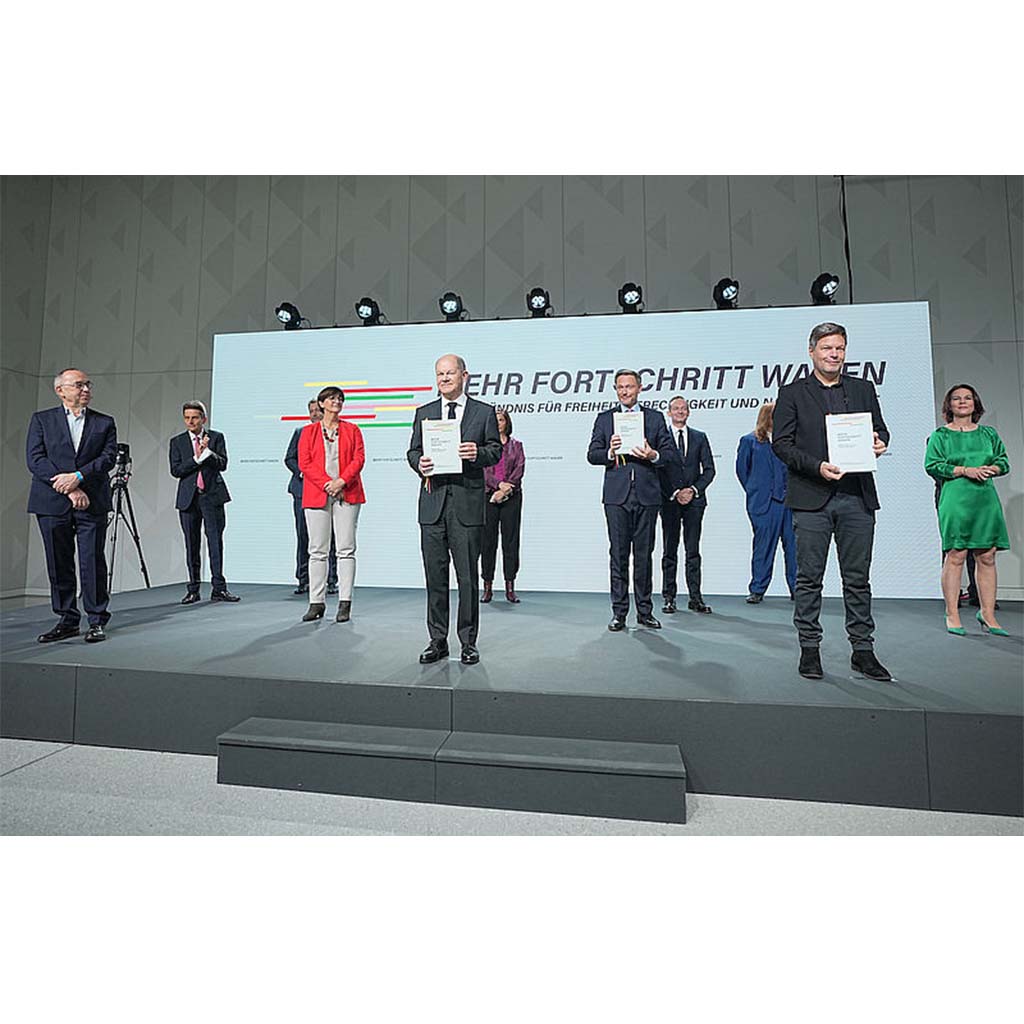 The recreational use of cannabis is to become legal in Germany under the terms of the coaltion agreement signed by the parties forming the new government—the SPD, Greens and the FDP. The agreement was signed on Tuesday following months of negotiations. Yesterday, Olaf Scholz of the SPD was sworn in as Germany’s new chancellor.

Of the 735 seats in the Bundestag, the SPD has 206, the Greens 118 and the FDP 92. Commentators have noted that the parties are not natural allies, but all have overwhelmingly backed the agreement.

The SPD had set out its case for legalising cannabis to electors in its ‘programme for the future’:

“Cannabis, like alcohol, is a social reality that our policies need to address in an appropriate manner.

“Neither prohibition nor criminalisation have succeeded in reducing cannabis consumption; on the contrary these measures obstruct efforts to implement effective addiction prevention and youth protection measures, and merely bind enormous resources in the police force and the courts.

“The regulated sale of cannabis to adults should be allowed and tested in model projects introduced by the federal states and local authorities and should be accompanied by prevention, counselling and, in the case of young consumers, therapeutic measures. We will also introduce a nationwide regulation stipulating that the possession of small amounts of cannabis shall no longer be treated as a criminal offence.”

Under the new agreement, it appears that cannabis will be allowed for sale only through licensed shops. Previously, only medicinal cannabis was legal in Germany.