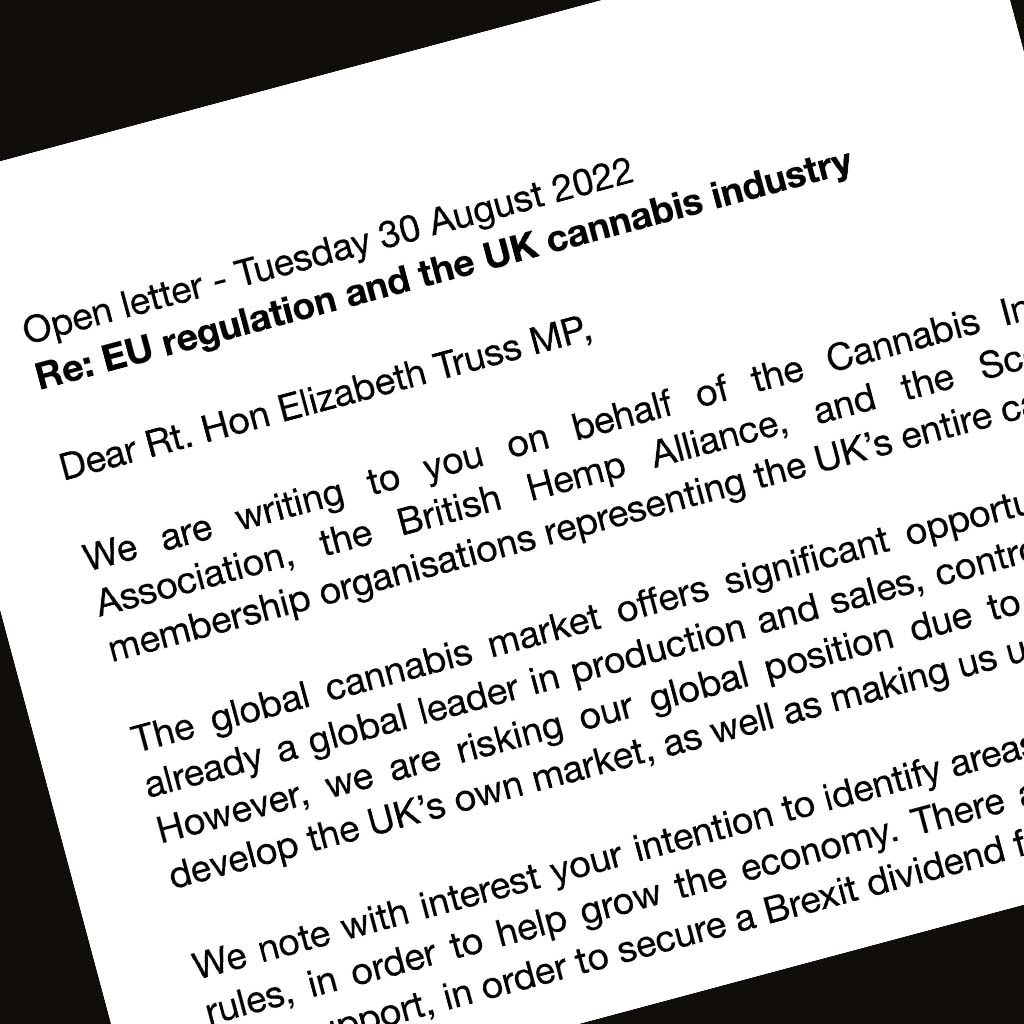 The two candidates in the Conservative party leadership election were sent open letters this week outlining the opportunities which a better-regulated cannabis industry might offer the UK economy.

While Liz Truss and Rishi Sunak will have little leisure to read correspondence as the election draws to a close, the letters do tell the CBD industry something about  itself.

They were initiated by the Cannabis Industry Council (CIC), and jointly-signed with fellow industry trade and membership groups, the Cannabis Trades Association (CTA), the British Hemp Alliance (BHA) and the Scottish Hemp Association (SHA). These large groups are demonstrating willingness to work together on campaigning, making the argument for a coherently-regulated cannabis industry that embraces all sectors from seed to finished product.

The swift production of these letters—and it is not always straightforward bringing different industry bodies together—also demonstrates nimbleness among the participants. The newly-appointed CEO of CIC, Mike Morgan-Giles, began his job with less than a fortnight to run on the leadership election. He came together with his industry colleagues Marika Graham-Woods of the CTA, Nathaniel Loxley of the BHA and  Kyle Esplin of the SHA to get this letter off in week two of his new role.

“It was a priority to do this along with industry colleagues from other organisations,” Mr Morgan-Giles comments. “I’m always open to the CIC collaborating with other leading organisations in the industry.

“It’s vital the sector speaks with one voice wherever possible, if we are to start bringing about the policy changes we all seek. There are opportunities to increase access to medicinal cannabis, and grow the CBD and hemp markets, and working collaboratively is the most effective way to do so.”

The letters outline the UK industry’s concern: “The global cannabis market offers significant opportunities for UK jobs and exports. We are already a global leader in production and sales, controlling around 45% of this growing industry. However, we are risking our global position due to EU regulation which hinders our ability to develop the UK’s own market, as well as making us uncompetitive abroad.”

The opportunity for reaping a Brexit dividend is pointed out, as the letters note that the UK’s continuing use of EU novel food regulations and the EU plant variety database are hampering the industry.

“We would urge your commitment to considering reform of these bureaucratic and outdated rules, which are harming a potential dynamic industry in which the UK is currently a world leader.”

The letters conclude with an invitation from the signatories to discussion with government officials on other reforms—notably enabling GP-prescribing—once the leadership election is concluded.