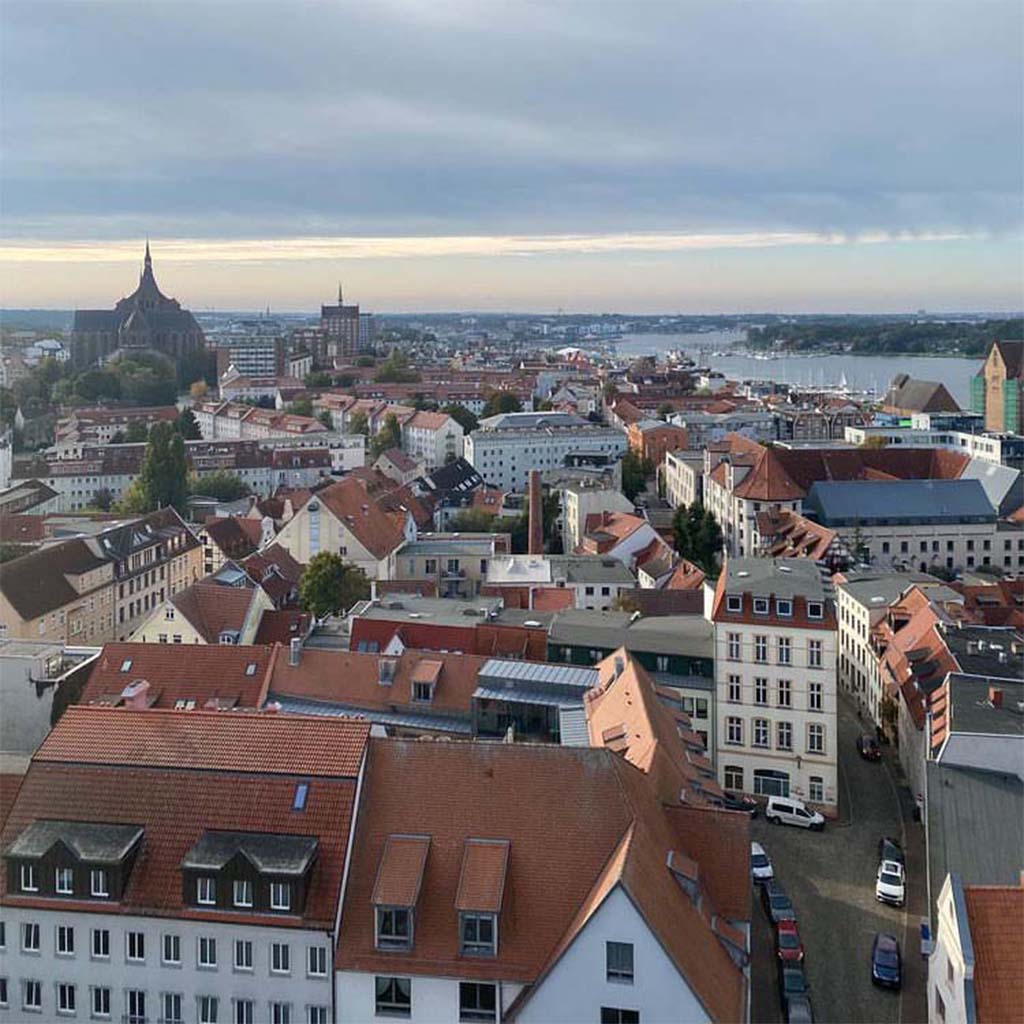 What’s really astonishing about the German ‘cannabis conversation’ is this: in contrast to the furore familiar whenever the subject is debated in the UK, a good swathe of German society is relaxed and open-minded when it comes to the question of legalising recreational cannabis.

I live and work as a translator in Germany, in the Baltic city of Rostock. When the ruling ‘traffic-light coalition’ announced its intention to legalise the licensed, controlled sale of recreational cannabis to adults, I set out to see whether the coverage in the German and international media squared with the people I’d met while living, studying, and working in various regions of this country. I didn’t get what I expected: although I asked people from a range of ages, regions, social backgrounds, and religious standpoints, the general consensus was that the government was right to give legalisation a shot. Virtually no-one was opposed, fervently or otherwise, even though most acknowledged and weighed up the prospective dangers familiar from discussion in the media. Certainly, there seemed to be very few battle-lines drawn. These conversations have opened my eyes to the Zeitgeist of Germany as it enters a new era, under the coalition motto of Mehr Fortschritt Wagen (dare more progress): this nation is open-minded, cautiously optimistic, and willing to be adaptive in the pursuit of progress.

“I think it’s a good idea🍃🔥😤😶‍🌫😂,” Paul—a self-described ‘German stoner student’ – tells me via WhatsApp, “and no-one I know has anything against it.” Paul is a six-foot-something, ponytailed village lad, able to de-top a beer bottle with a folded-up crisp packet. We met at a student party in Rostock. He’s a good example of someone you’d expect to welcome legalised cannabis. For Paul and other social cannabis-smokers, kiffen—smoking weed—is a relaxing and innocuous activity that brings people together. Smoke drifts, conversation flows, the shared blunt is passed around, and everyone is at ease. While smoking cannabis technically isn’t illegal in Germany, acquiring it runs both legal risks and moral hazards. So, it’s a fair assumption that many social Kiffer will welcome being able to pick up quality-guaranteed, ethically-sourced cannabis along with their weekend groceries—as long as the price is fair.

However, it’s not just smokers who want to see cannabis legalised. Social activists are keen too: “I think legalisation is really important and good, and among people my age I only know people who agree,” explains Louisa, a young pro-environmental, anti-fascist activist from the former-GDR state of Thüringen. Her reasons are all to do with the social implications of cannabis legislation. “As long as cannabis is illegal, there are no standards, and it’s easy to get dangerous substances mixed in. Moreover, we wouldn’t need to criminalise so many people, and less money would be needed for policing that could be used for education and social work.”

“As long as cannabis is illegal, there are no standards, and it’s easy to get dangerous substances mixed in.”

There wouldn’t be a major change in the numbers of people smoking cannabis, Louisa believes, while destigmatising the drug “would make things easier for prevention and help with addiction”, as well as “for everyone who uses cannabis to combat pain”. Finally, Louisa asserts that power would be transferred away from “the people who make a lot of money from buying the stuff big-time from plantations”.

These opinions essentially echo the rationale behind the coalition’s decision. Less money wasted on cracking down, more resources available for helping the vulnerable; less stigma, more openness. Tax, too, has been cited as a prospective beneficiary of legalised cannabis: the SPD estimates at least €1 billion could be generated if cannabis were taxed like cigarettes, while the German Hemp League placed the estimate at €4.7 billion, as well as forecasting the creation of 27,000 new jobs.

“I am and always have been against every form of drugs. I’ve lost friends to them.”

However, some voices have been raised in firm opposition to the proposed change. “I am and always have been against every form of drugs,” asserts Jürgen, an award-winning youth worker (also from Thüringen), a good friend of mine and father of three whose mission is to broaden the cultural horizons and life chances of kids in rural areas. “I’ve lost friends to them.” Jürgen’s opinion is echoed by the only strong voice of opposition to legalisation that I encountered among young people in Rostock, that of Samuel, a Lancastrian who (like me) arrived in Germany as a student. Samuel comments, “I think it’s a terrible decision, and will lead to cannabis being more widely available, which is bad because it’s a very dangerous drug, which can drive you permanently crazy. Drug-taking is also morally wrong… [it does] harm to yourself if you do it and harm to others.” Prominent critics have taken to the airwaves to voice similar opinions, and even among the supporters of legalisation there is an acknowledgement that, as Hans, an independent musician and father of two from Leipzig, told me, “its consumption isn’t without danger, and it can serve as a gateway drug.”

Generally, however, opinion seems to centre around an idea of personal responsibility—that, if people want to smoke cannabis in a non-antisocial context, then that’s their own decision to make. Germany has a deep-rooted instinct towards pluralism and responsible citizenship, valuing individual freedom and individual responsibility within a well-thought-out and well-structured society. Such a view is expressed by my flatmate Franz, a kitesurfer studying Economics and IT: “Theoretically we could legalise it, as everyone’s responsible for themselves and should be able to make their own decision as to whether cannabis consumption is good for them.” There would likely be downsides: “there are some people who easily get addicted…moreover, it’d be easier for kids to get hold of drugs, if you compare the whole thing with alcohol in supermarkets.”

Franz goes on to expand on the analogy with alcohol. Alcohol is a “somewhat trivialised Volksdroge”—a word meaning something along the lines of ‘national drug’, a deeply-embedded part of our culture that we accept even if we know it’s harmful, and with which we trust consumers to exercise their responsibility. On this analogy, he believes we can trust the public with cannabis. (By contrast, my Lancastrian friend Samuel raised the same analogy to argue that things are enough of a mess with alcohol abuse; why legalise our way into further problems?). Of course, cultural factors play a great part in drug politics, perhaps more so than scientific factors do: as Franz concludes, this argument may well mirror those about “giving Germans the speed limit, and taking away Americans’ guns.”

Later on in my investigation, I sought out an old friend who hosted me on my very first trip to Germany. Clara is a mother of two, a scientist in a non-university research institute, and a “part of the well-educated, professional, socially liberal, and non-impoverished section of German society”. She views this a group as a “bubble”, distinct from what she describes as the socially conservative core of German society. Our hour-long conversation was material enough for a good-sized article in its own right, but a few things particularly stood out. For her, this topic is a familiar one, which she’s discussed with friends since long before the new coalition took office. Clara herself would be among the first customers for legalised cannabis: she and her partner have recently begun smoking cannabis together at weekends, and would gladly switch to something quality-guaranteed and which contributed to the tax coffers. And she’s far from alone: Clara spoke of septuagenarian Hamburgers, old hippies, professional parents, and a broad range of others she knows who already consume cannabis responsibly and privately. I found this particularly interesting as so much of the public conversation around cannabis focuses on young people, and sometimes fails to touch on the considerable number of mature Germans in whose lives cannabis features.

Clara spoke of septuagenarian Hamburgers, old hippies, professional parents, and a broad range of others she knows who already consume cannabis responsibly and privately.

Clara is also firm in emphasising that her wanting cannabis to be legal doesn’t mean her thinking that everyone should indulge in it. Her kids aren’t interested in cannabis, but were she to find them smoking a joint she’d be alarmed: young and vulnerable people do face risks from cannabis in a way that older people with sensible awareness of their own boundaries don’t. She herself dialled back on smoking weed regularly as a student when she felt it was exacerbating her anxiety. Similarly, Clara is adamant that problems such as poverty, broken homes, and mental illness are what render adults vulnerable to cannabis-related trouble, and that these problems won’t be resolved by any amount of illegalisation. As to the idea that cannabis is a gateway drug, Clara disagrees: she’s never experienced any desire to try anything harder, and doesn’t think that other responsible users would either. In short, Clara believes that the legalisation of cannabis would stop wasting resources on criminalising responsible adult users, and instead allow their consumption to fuel social support and drugs education.

Something raised by Lina, a Rostock-based radio journalist I met who’s compiling her own report on the subject, was the question of how and when this change will come in. Manifestos and reality can fail to match up at the best of times, and Germany is currently battling to hold off the omicron wave. For the foreseeable future, Lina says, it could be that this legislation simply fails to materialise, and that this view is shared with her own interviewees, among them the owner of one of our city’s CBD shops. If it does come into law, however, the cultural impact will be interesting to watch, especially as no major European state has yet legalised the sale of recreational cannabis. Some predict rises in addiction rates, and increased exposure for the young and vulnerable. Others foresee an emancipation for those who feel they cannot seek help, and a blow to traffickers and exploitative criminals.

In the opinion of Paul—the self-proclaimed ‘stoner student’—things may not change much at all. After all, he says, legality and social acceptance are entirely separate phenomena. Loud partisans in the pro- and anti-cannabis lobbies may become louder; but the state of society is such that discreet and private Kiffen, on park benches at night and in one’s own home, is already generally tolerated. On the other hand, blowing malodourous smoke at pedestrians will always be viewed as antisocial. So, Paul reasons, not much may alter. That said, students generally undergo a “self-discovery phase”, so smoking at parties and experimentation may happen more frequently—and there could then come a danger that inexperienced could mix heavy drinking with heavy Kiffen, and land up in more trouble than they would otherwise. And, as Clara tells me, there will likely still be a role for the black market in supplying cheaper and stronger goods, just as there’s currently a role for cheap cigarette dealers importing Eastern European cigarettes to dodge German taxes.

However, as Paul sums up at the end of our discussion, Germany is likely to find a way. “It’ll all settle itself down—you know, we’ll find a middle ground in the end, and everyone will be happy—I dunno! That’s my opinion, more or less.” This, I feel, is a quintessentially German response: cautiously optimistic; carefully qualified; pluralist, collaborative, and made after a decent amount of deliberation. Germany’s new government does indeed seem to speak for its diverse nation in its promise to—cautiously—give progress a shot.

Interviewees’ names have been changed, and their comments translated from German.