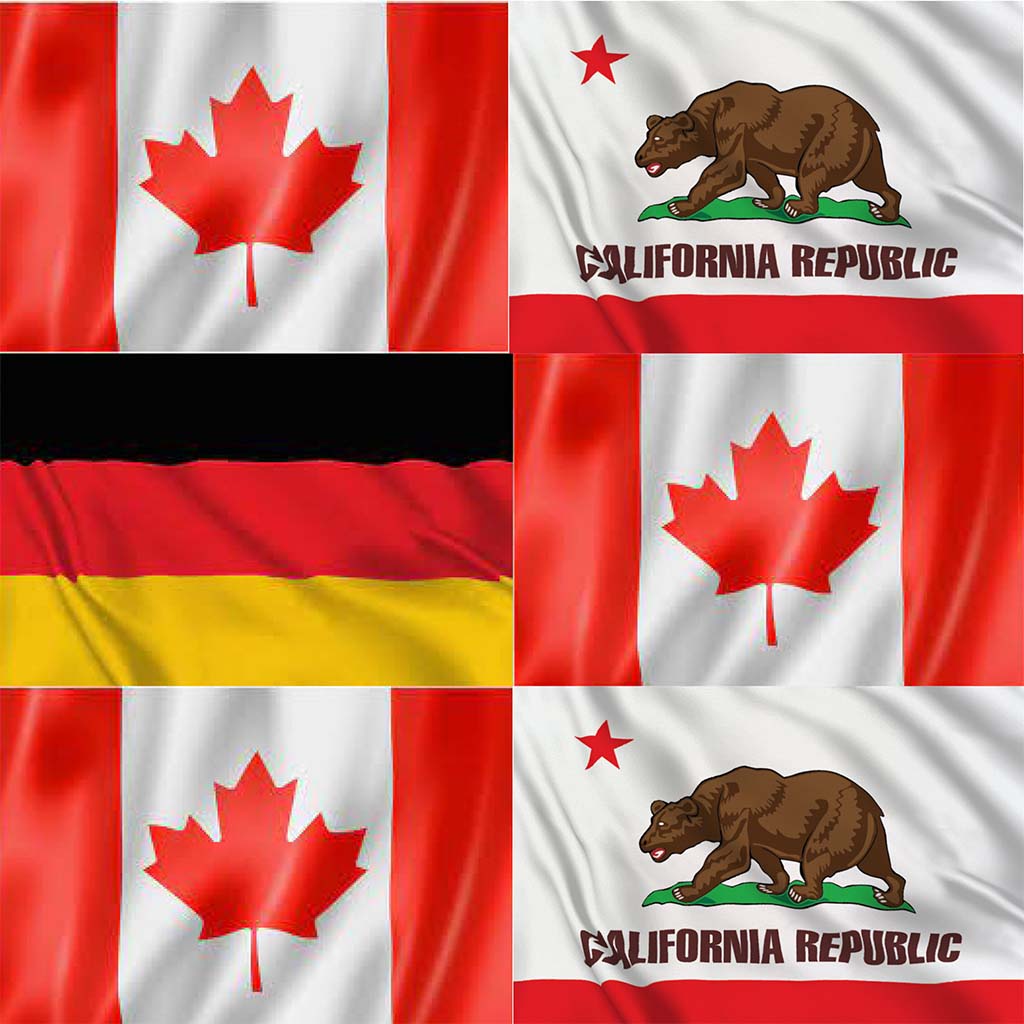 While ‘first mover’ status has its advantages, perils and pitfalls abound in uncharted territory. This has been particularly true for countries and states legalising cannabis, given the reach and value of the existing illicit trade.

These early movers have reached a point, however, where they can analyse the successes and shortcomings of their approach so far, providing food for thought for the next wave of countries considering legalisation. Canada was the first major industrialised country to provide legal, regulated access to cannabis for non-medical purposes through its 2018 cannabis act. California was the first US state to legalise medicinal cannabis in 1996, then recreational cannabis in 2016 (following legalisation in Colorado and Washington State in 2012).

Canada has just launched a legislative review of its 2018 cannabis act—one year later than planned—while California continues to host visitors interested to see the impact of legalisation on the state. The Mayor of London, Sadiq Khan went there on a fact-finding visit last May, and officials from Germany have just followed suit.

Canada’s minister of health, Jean-Yves Duclos, and minister of mental health and addictions Carolyn Bennett announced the launch of the review. A statement from Health Canada described the objectives of the cannabis act as twofold: “First, it aims to protect the health and safety of Canadians while serving as a flexible legislative framework that adapts and responds to the ongoing and emerging needs of Canadians. Second, it provides for the establishment of a diverse and competitive legal industry made up of small and large players to displace the illicit market.”

The government has published an engagement paper, available online, Taking stock of progress: Cannabis legalisation and regulation in Canada, with source information from academic research, surveys, data sets and surveillance tools administered by Health Canada and others. It outlines the background to the review, and discussion areas.

It presents evidence that the illegal cannabis market is being disrupted:

“Various surveys and estimates suggest that the growth of the domestic legal market has displaced illegal purchases of cannabis. Both the Canadian Cannabis Survey and the National Cannabis Survey show an increase in the number of consumers who report accessing cannabis from legal sources, and decreasing numbers who report access from illegal sources.

“Additionally, Statistics Canada’s Household Consumption Expenditure table suggests that, at the national level, the legal share of the value of cannabis consumed has steadily increased, rising to 66% in the fourth quarter of 2021, compared to 9% prior to legalization.

“Estimates at the provincial level show a consistent trend. In 2021, following a review of its provincial cannabis legislation, Quebec’s Ministry of Health and Social Services estimated that as much as 70% of people who consumed cannabis in the past 12 months purchased it from a legal source. Similarly, a recent Ontario Cannabis Store Quarterly Report (October-December 2021) highlights that the legal share of the non-medical cannabis market in Ontario increased from 54.2% in the previous quarter to 58.5%.”

The paper takes note of the different impact of legalisation on Canada’s different communities:

“First Nations leaders have also expressed growing concerns with illegal cannabis operations within their communities. In contrast to the observed decline in illegal cannabis storefronts in many municipalities, several reserves situated close to large urban centres report a growth in illegal storefront operations. Illegal activities have placed increased pressure on local leadership and policing resources. First Nations have indicated that space for recognition of community-based cannabis laws will help them meet the public health and safety goals they share with the federal government.”

Members of the public and stakeholders are invited to comment via an online questionnaire. There are multiple choice options, but also space for making suggestions and giving feedback on contributors’ own experience of the current system.

A five-strong expert panel chaired by Morris Rosenberg  will provide both health ministers with “independent, expert advice…on progress made towards achieving the act’s objectives, and will help identify priority areas for improving the functioning of the legislation.

“It is stated in the act that the review should focus particularly on the health and cannabis consumption habits of young persons, the impact of cannabis on indigenous persons and communities, and the impact of the cultivation of cannabis plants in a housing context.” Experience of different races and gender are also to be evaluated.

A summary report by Health Canada will be produced in due course.

Meanwhile, a delegation from the health committee of the German federal parliament together with the federal drug and addiction commissioner, Burkhard Blienert, have been on a fact-finding visit to California to assess the opportunities and risks of legalising recreational cannabis. The German consulate in San Francisco tweeted updates about what the delegation was doing throughout the visit.

When the present coalition government came to power a year ago, one of its stated aims was to legalise cannabis, and last June a consultation process was launched, and plans for legalisation are under development, with apparent support from German society.

The delegation examined approaches to compliance and quality control, and discussed aspects of lab testing, R&D and regulatory compliance with Josh Wurzer, cannabis scientist and president of Santa Cruz-based SC Labs. They visited a dispensary, and Lowell Farms Inc where they held discussions with CEO Mark Ainsworth, Tim Peyton and Shane Yoakam about soil, seeds, energy and water conservation. They also spoke with activists, patients, industry and legal experts in Oakland about lessons learnt from cannabis policy and reform there.