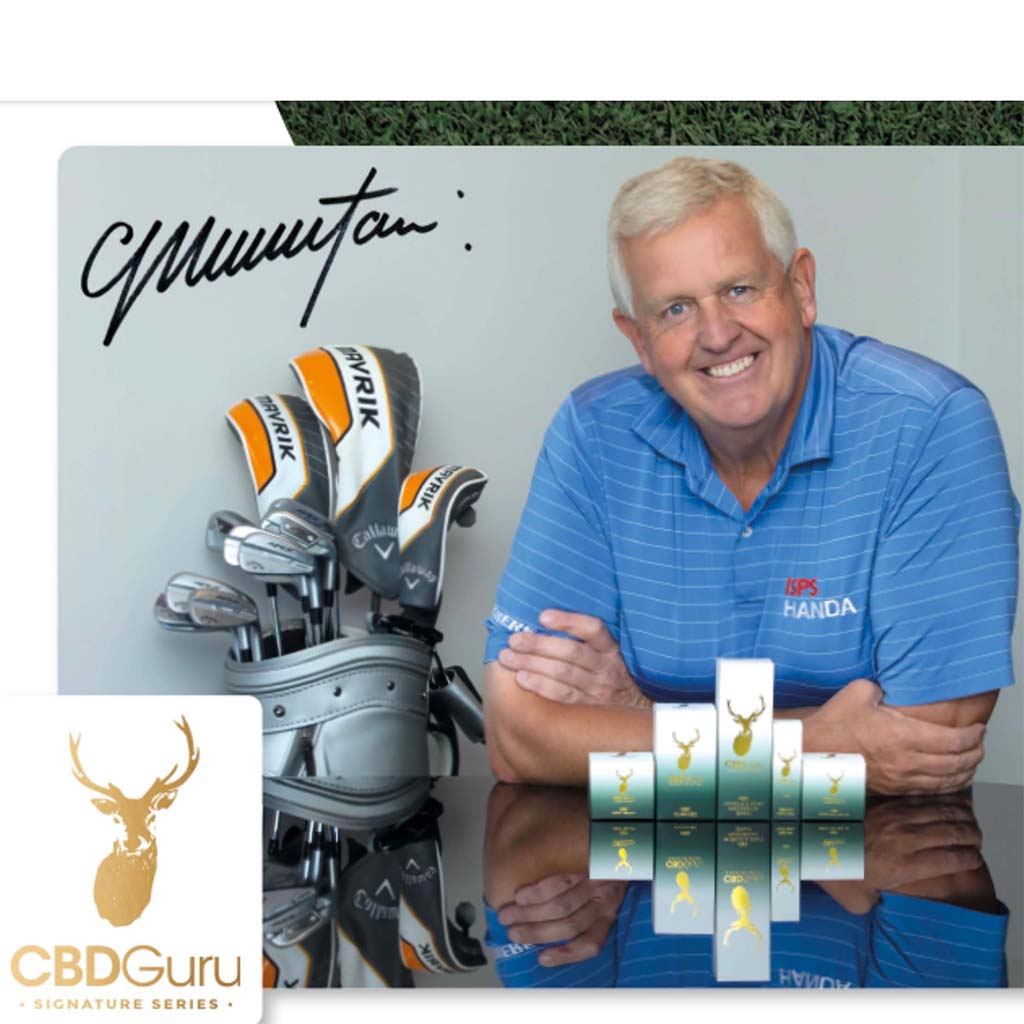 With its golden-antlered stag branding, the Signature Series of CBD products includes oils, gummies, heat balm, cooling balm and muscle spray, and is “specifically tailored for active lifestyles” according to CBDGuru. Active in the golfing world since the 1980s, a member of the European team for the Ryder Cup eight times, and captain in 2010 when he led the team to victory, a PGA Tour champion, and a member of the World Golf Hall of Fame, Mr Montgomerie’s achievements are ones which might well brighten a brand-manager’s day.

His own website lists other brand partnerships—including Loch Lomond Whisky, BMW and Rolex—and states, “Colin is proud to be associated with the world’s leading brands.” At this point in time, CBDGuru is not mentioned on that list.

CBDGuru retails and wholesales, and also sells white label CBD products from its base in Lincolnshire. The business was founded by owner Neil Mumby working from home, and has grown to a point where it has opened a new manufacturing and testing facility. According to a company statement, it works with selected hemp growers from farms in the USA heartlands, so it can trace CBD right back to the field in which it was grown.